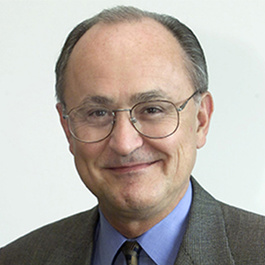 John Ruggie, former United Nations assistant secretary-general, joined the Kennedy School faculty and CBG as the Evron and Jeanne Kirkpatrick Professor of International Affairs in Spring 2000. His research focuses on the implications of fundamental changes in global security, economic and environmental relations for multilateral cooperation and the evolving global order. At the UN, Ruggie was responsible for the Global Compact, intended to advance human rights, labor standards and environmental principles in global corporate practices. Ruggie was dean of Columbia University''s School of International and Public Affairs, and also at taught University of California, Berkeley and UC San Diego, where he directed the system-wide Institute on Global Conflict and Cooperation. He authored six books, including Winning the Peace: America and World Order in the New Era. A fellow of the American Academy of Arts and Sciences, Ruggie received the 1999 International Studies Association Distinguished Scholar Award and the 2000 American Political Science Association''s Hubert H. Humphrey Award for outstanding public service. Ruggie earned a bachelor''s degree in politics and history from McMaster University in Canada and a PhD from U.C. Berkeley. He has held visiting appointments at the Carnegie Endowment for International Peace in Geneva; Harvard University''s Center for International Affairs; the Royal Institute of International Affairs in London; Beijing University; and the European University Institute in Florence.