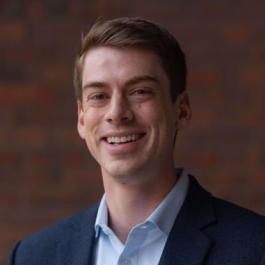 John Schultz is a Research Assistant at the Harvard Kennedy School’s Belfer Center for Science and International Affairs, where he supports the Belfer Center’s Director and former U.S. Secretary of Defense, Ash Carter. His work focuses on emerging technology, international security, and U.S. foreign policy.

Prior to joining the Belfer Center, John worked on the Pete Buttigieg campaign in Iowa, and spent time as the founder of an urban planning startup in California. He also served as an intern in the Obama White House National Economic Council, where he researched autonomous vehicles, clean transportation infrastructure investments, and the global trade and competition of semiconductors. Additionally, John worked as an intern with the U.S. State Department’s Bureau of Counterterrorism, focusing on terrorist financing activities.

John is a graduate of the University of Chicago, where he majored in Political Science.