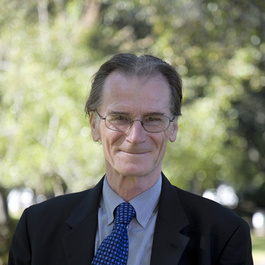 The following is Jolyon Howorth's biography when he was a fellow with the Project on Europe from 2019-2022.

Jolyon Howorth is the Jean Monnet Professor ad personam and Professor Emeritus of European Politics at the University of Bath (UK). He was Visiting Professor of Public Policy at HKS(2018-19) and Visiting Professor of Political Science and International Affairs at Yale(2002 to 2018). British born, in 2019 he was awarded French citizenship in recognition of his outstanding contributions to scholarship on France.

He has held Visiting Professorships at the Universities of Madison-Wisconsin,Washington, North Carolina-Chapel Hill,Columbia, and New York University, Sciences-Po,Paris, the Freie Universität Berlin, the Australian Defence Force Academy,and Luiss Guido Carli University (Rome). He has held a Senior Research Fellowship at the European Union’s Institute for Security Studies. He is a Senior Research Associate at the Institut Français des Relations Internationales (Paris), a Fellow of the Royal Society for the Arts (UK), Chevalier dans l’Ordre des Palmes Académiques (France), and has been a Member of the Advisory Boards of the European Institute for Public Administration (Netherlands),the Centre for Defence Studies (UK), the Institut de Recherche Stratégique de l'Ecole Militaire (Paris), the Centre National Jean Jaurès (France), the European Policy Centre (Brussels) and the Centre for the Study of Security and Diplomacy (UK). He is a senior research associate with the Martens Centre for European Studies, Brussels.

He has published extensively in the field of European security and defense policy and transatlantic relations–fifteen books and over two hundred and fifty scholarly papers. Recent books include: Security and Defence Policy in the European Union, (2007,2014–3rd edition forthcoming); Defending Europe: the EU, NATO and the Quest for European Autonomy, (2003); European Integration and Defence: The Ultimate Challenge? (2000). He has acted as a consultant to various European governments and US administrations.