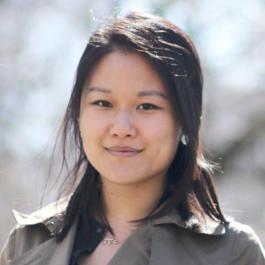 Karen Hao is the senior AI editor at MIT Technology Review, covering the field’s cutting-edge research and its impacts on society. She writes a weekly newsletter called The Algorithm, which was named one of the best newsletters on the internet in 2018 by The Webby Awards, and co-produces the podcast In Machines We Trust, which won a 2020 Front Page Award.

In March of 2021, she published a nine-month investigation into Facebook’s Responsible AI efforts, and the company’s failure to prioritize studying and mitigating the way its algorithms amplify misinformation and extremism. Her findings were cited in a Congressional hearing on misinformation two weeks later. In December of 2020, she also published a piece that shed light into Google’s dismissal of its ethical AI co-lead Timnit Gebru, which Congressional members later cited in a missive to the company.

Prior to MIT Tech Review, she was a tech reporter and data scientist at Quartz. In a past life, she was also an application engineer at the first startup to spin out of Alphabet's X. She received her B.S. in mechanical engineering and minor in energy studies from MIT.