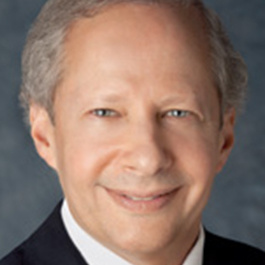 Kenneth Juster has served as the 25th U.S. Ambassador to India since November 2017. In this role, he has overseen the U.S. co-sponsorship with India of the Global Entrepreneurship Summit; the launch of the Strategic Energy Partnership; and a two-plus-two dialogue between each country’s defense and foreign ministers.

Prior to this role, Juster spent about 12 years in the private sector, first as Executive Vice President at Salesforce, then as Partner and Managing Director at global investment firm Warburg Pincus.

Juster served as Under Secretary of Commerce for the George W. Bush administration. He was in charge of the Bureau of Industry and Security and oversaw issues involving business and national security. He co-founded and served as U.S. Chair of the U.S.-India High Technology Cooperation Group, where he helped craft the Next Steps in Strategic Partnership initiative between the U.S. and India. The initiative helped provide a foundation for the civil nuclear agreement between the two countries.

Juster was a Fisher Family Fellow at the Future of Diplomacy Project at the Belfer Center from 2010 to 2011. He holds a law degree from Harvard Law School and a master’s in Public Policy from Harvard Kennedy School. He received a bachelor of arts in government from Harvard College in 1976.