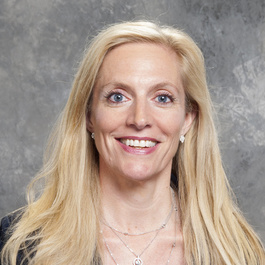 Lael Brainard took office as a member of the U.S. Federal Reserve’s Board of Governors in June 2014. She serves as Chair of the Committees on Financial Stability, Federal Reserve Bank Affairs, Consumer and Community Affairs, and Payments Clearing, and Settlements.

Previously, Brainard was Under Secretary of the U.S. Department of the Treasury during the Obama Administration from 2010 to 2013. She also served as counselor to the Secretary of the Treasury. She received the Alexander Hamilton Award for her service. Prior to joining the Treasury, Brainard was a senior fellow in economics studies and foreign policy studies at the Brookings Institution from 2001 to 2009. During her time at Brookings, she also served as vice president and founding director of the Global Economy and Development program and held the Bernard L. Schwartz Chair in International Economics.

During the Clinton Administration, Brainard served as Deputy National Economic Adviser and Chair of the Deputy Secretaries Committee on International. She was Clinton’s personal representative at the G-7/G-8. Brainard was an associate professor of applied economics at the MIT Sloan School of Management from 1990 to 1996. She also taught international trade and competition and international financial policy and markets. She worked in management consulting at McKinsey and Company.

Brainard received a BA with honors from the College of Social Sciences at Wesleyan University in 1983. She received her MA and a PhD in economics from Harvard University. Brainard is married to Kurt Campbell, a non-resident senior fellow at the Belfer Center and chairman and CEO of The Asia Group, LLC, a strategic advisory and capital management group specializing in the Asia-Pacific region. They have three daughters.