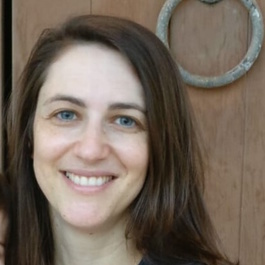 Lihi Ben Shitrit is a research fellow at the Belfer Center's Middle East Initiative and an assistant professor at the School of Public and International Affairs, University of Georgia, Athens. Her research focuses on the intersections of gender, religion, and politics in the Middle East. Her first book, Righteous Transgressions: Women’s Activism on the Israeli and Palestinian Religious Right was published in 2015 by Princeton University Press. Some of her  other recent publications include:  "Authenticating Representation: Women's Quotas and Islamist Parties," Politics & Gender 2016,  Gender differences in support for direct and indirect political aggression in the context of protracted conflict," (with Julia Elad-Strenger, Sivan Hirsch-Hoefler) Journal of Peace Research, 2017, and Gender and the (In) divisibility of Contested Sacred Places: The Case of Women for the Temple," Politics and Religion, 2017. Ben Shitrit has also worked extensively with civil society organizations, the U.S. State department, and USAID on conflict resolution and peace-building projects in the Israeli-Palestinian context. She holds a Ph.D., M.Phil, and MA in political science from Yale University and a BA in Middle Eastern studies from Princeton University. At the Middle East Intiative she will be working on a project title "Faithful foes? Visions of peace on the Israeli and Palestinian Religious Right.