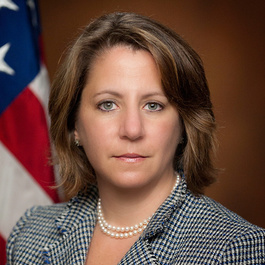 Prior to her service in the White House, Monaco spent 15 years at the Department of Justice, where she served both as a career federal prosecutor and in senior management positions at the Department and the FBI. She was Counsel to and then Chief of Staff at the FBI. In 2011, Monaco was nominated by the President and confirmed by the United States Senate to serve as Assistant Attorney General for National Security, the first woman to serve in that position.  Monaco made investigating and prosecuting national security cyber threats a top priority during her tenure and under her leadership, a nationwide network of national security cyber prosecutors was created.

A graduate of Harvard University and the University of Chicago Law School, Monaco began her legal career as a law clerk to the Honorable Jane R. Roth on the United States Court of Appeals for the Third Circuit. She is a recipient of the Attorney General’s Award for Exceptional Service, the Justice Department’s highest award, for her work on the Enron Task Force, as well as the Edmund J. Randolph Award, which is awarded by the Attorney General in recognition of outstanding contributions to the accomplishment of the mission of the Department of Justice.