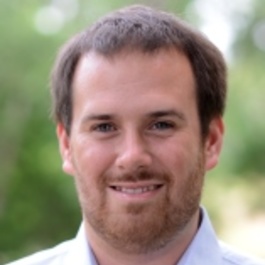 Matt Buehler is a former postdoctoral research fellow at the Belfer Center’s Middle East Initiative. He is an assistant professor of political science at the University of Tennessee, and is also a global security fellow at the Howard H. Baker Center for Public Policy. He received his doctorate in Government from the University of Texas at Austin. Buehler's research area is comparative politics with expertise in the politics of the Middle East and North Africa. Buehler has been traveling to the region since 2006, completing over three years of fieldwork and Arabic training in North Africa, Syria, and the Persian Gulf. His main research interests include democratization, authoritarianism, the Arab uprisings, Islamist movements, North African political parties, and Moroccan politics.

In 2013-14, Buehler held a book-writing fellowship at the Center for International and Regional Studies at Georgetown University's School of Foreign Service in Qatar. Professor Buehler's book manuscript entitled, Why Alliances Fail: Opposition Coalitions between Islamists and Leftists in North Africa, is currently under review with the Middle East politics series of Syracuse University Press.The book manuscript explores the conditions under which opposition parties build stable, enduring alliances to contest authoritarian regimes, marshaling evidence from coalitions between Islamists and leftists in North Africa. While Islamists and leftists forged a solid alliance in Tunisia, which supported democratization, similar pacts in Morocco and Mauritania collapsed, reinforcing authoritarianism. To make its case, the book manuscript draws on two years of Arabic fieldwork interviews, original regression models, and archival research.

Buehler's research has appeared in peer-reviewed journals, including Political Research Quarterly, Mediterranean Politics, British Journal of Middle Eastern Studies, Middle East Law and Governance, and Terrorism and Political Violence. He currently serves as book reviews editor on the editorial board of Mediterranean Politics, a journal specialized in North African politics. For more information on his teaching and research, please see his webpage.