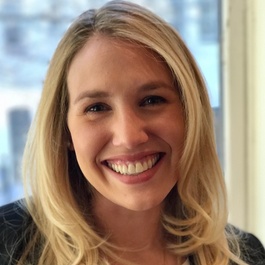 Meredith Berger is a senior advisor at Mabus Group, a strategic advisory firm based in Washington, DC that helps organizations prepare for and mitigate against change. She is also a non-resident Fellow at the Belfer Center for Science and International Affairs at the Harvard Kennedy School.

Before joining the Belfer Center, Meredith served in various positions in state and federal government. Her most recent role was as the Deputy Chief of Staff to the Secretary of the Navy. She also held positions in the Department of Defense, the Environmental Protection Agency, and the Office of the Florida Chief Financial Officer. Meredith holds a Master of Public Administration from the Harvard Kennedy School, a Juris Doctor from Nova Southeastern University, and a Bachelor of Arts in American Studies and Spanish from Vanderbilt University.