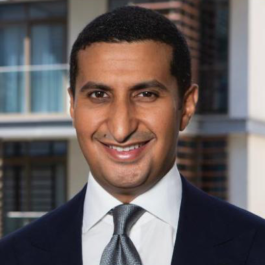 He was the editor-in-chief of Al Arabiya English, the digital English language service of the largest pan-Arab free-to-air regional news network. He is a senior research fellow at the Gulf Research Centre and was a non-resident fellow at the Atlantic Council and the King Faisal Center for Research and Islamic Studies. His analysis has been published by the European Council on Foreign Relations, the Atlantic Council, and the Royal United Services Institute in London. He has written for the Wall Street Journal, the New York Times, the Financial Times, the Telegraph, the Guardian, and The Independent among other outlets. He has also appeared as a commentator on the BBC, CNN and CNBC, among other outlets.

Alyahya has a Masters in Public Administration from the Harvard Kennedy School and a BA in political science with a concentration on international relations from the University of Pennsylvania.