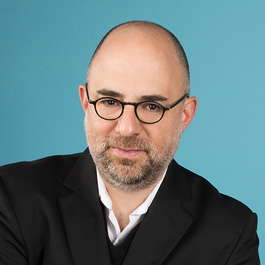 Moshik Temkin is a fellow at the Middle East Initiative and the Johnson and Johnson Chair in Leadership and History at Schwarzman College, Tsinghua University. He is a specialist in international history and the author of The Sacco-Vanzetti Affair: America on Trial (Yale University Press, 2011), which was a finalist for the Cundill International Prize. His book, Undesirables: Travel Control and Surveillance in an Age of Global Politics, is forthcoming from Harvard University Press. While at MEI, his work will examine the Camp David Peace Summit of 1977.

His research primarily addresses the interaction between Americans and non-Americans, such as the effects that American politics have had on the wider world, the roles that international politics have played in American society and policymaking in the United States, and the dynamics created when American and international politics come into contact or conflict. His current research interests include: the history of the death penalty in comparative perspective; the impact of war on public policy intellectuals since World War I; Malcolm X's career and politics in a global context; the relationship between American civil rights and global human rights; and the contest between global political activism and travel control since the Cold War.

Temkin, formerly an Associate Professor of History and Public Policy, joined the Harvard Kennedy School faculty from 2008-2019. At Harvard, he was affiliated with the Charles Warren Center for Studies in American History, the Center for European Studies, and the Weatherhead Center for International Affairs. At the Harvard Kennedy School, he convened the Harvard Seminar on History and Policy and was the co-founder and co-director of the Initiative on History and Public Policy. In 2010-2011, he co-convened the Harvard International and Global History Seminar. As of 2011, he is a Big Think Inaugural Delphi Fellow. Previously, he taught at the Ecole des Hautes Etudes en Sciences Sociales in Paris and at Columbia University. He received his B.A. at the Hebrew University and his M.A., M.Phil., and Ph.D. in History at Columbia University.