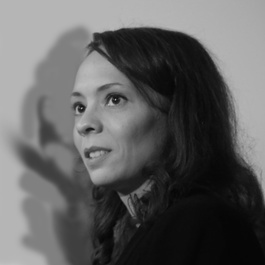 Nadia Marzouki is an Andrew Carnegie Centennial Fellow, Ash Center for Democratic Governance and Innovation, and a research fellow at the Belfer Center’s Middle East Initiative. Prior to joining Harvard Kennedy School, she was a Research Fellow (Chargée de Recherche) at the CNRS (Centre National de la Recherche Scientifique) in Paris, and a consultant for ReligioWest. Nadia received her PhD in political science from Sciences-Po, Paris in 2008. She has been a Postdoctoral fellow at the Council on Middle Eastern Studies, Yale University (2008-2010), and a visiting scholar at the University of Berkeley (2004-2005) and at Princeton University (2005-2006). Her work examines public controversies about Islam in Europe and the United States. She is also interested in religious conversions to Evangelical Christianity and debates about religious freedom in North Africa. She is the author of L'Islam, une religion américaine? (Paris, Le Seuil, 2013). She co-edited with Olivier Roy, Religious conversions in the Mediterranean World, (Palgrave/Macmillan, 2013).