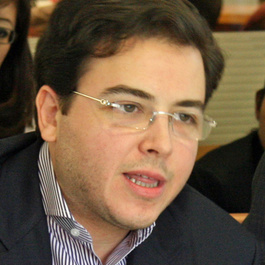 Nawaf Obaid is a former Visiting Fellow for Intelligence and Defense Projects at Harvard Kennedy School's Belfer Center for Science and International Affairs. He is also a weekly columnist for the pan-Arab daily, Al Hayat Newspaper.

He is currently the CEO of the Essam and Dalal Obaid Foundation (EDOF) and a Commissioner at the Commission for International Accountability and Justice (CIJA).

He has a Bachelor of Science in Foreign Service from Georgetown University’s Walsh School of Foreign Service and has a Master in Public Policy from Harvard Kennedy School. He began his doctoral coursework at the Massachusetts Institute of Technology's Political Science Department and completed a Master and Doctorate in War Studies from the Department of War Studies at King's College, London University.