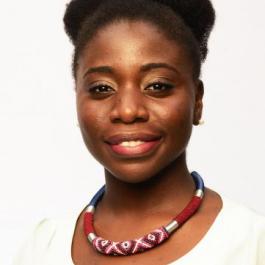 Ngasuma Kanyeka is a mid-career 2021 Masters of Public Administration graduate. She has worked in the youth innovation, entrepreneurship, governance and health space in Tanzania as a Deputy Chief of Party for a $20 million dollar USAID funded project called Feed the Future Tanzania Advancing Youth. Her role as the technical director includes designing innovation approaches to grant $5 million to youth to start and scale businesses, and ultimately impact over 33,000 youth. Prior to this role, she consulted for the African Union Commission in gender and policy strategy for the Human Resources Science and Technology Division. She started her own consulting firm in 2011 called Capacitate consulting, a niche communication and strategy development firm which supported UN agencies such as UNDP, UNFPA and UN Women across the African continent, worked with foundation such as Open Society and supported the Government of Tanzania Oil and Gas communication strategy as well as creating investment briefers for the Tanzania Investment Centre. She mentors start-up in the innovation space and has coached only twice, and produced Tanzanian winners who went on to compete for a $0.5 million dollar prized, Swiss based global tech competition called Seedstars. She mentors a group of 40 ICT female coders called, ‘Code Lady’ in Tanzania.  She was a 2019 awardee of outstanding Top 50 women in management by CV People Africa, a 2019 Sheroe, a 2018 top 13 out of 100 women Pushing for Gender Progress in East Africa by the East African newspaper, and a 2015 top 40 global youth leaders advancing family planning by the International Planned Parenthood Federation. At the Harvard Belfer Center, Ngasuma will work to support the Cyber Security Project to create a data privacy policy for the United States of America.