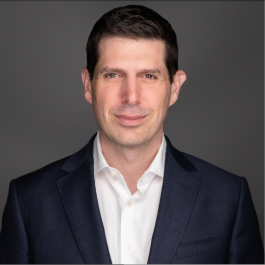 Nick Sinai is an Adjunct Lecturer in Public Policy at HKS and a Senior Fellow at the Belfer Center.  Nick teaches Policy Design and Delivery II (API-502); prior, for five years, he taught the field course Tech and Innovation in Government. Nick joined HKS in 2014 as an inaugural recipient of the Walter Shorenstein Media and Democracy Fellowship.  He is an advisor to the Harvard Open Data Project, Harvard Computer Society's Tech For Social Good, and Upsolve.  He also serves as a board member of Coding It Forward.

Nick helped found the U.S. Digital Corps, a new two-year federal fellowship for early-career technologists, launched in the summer of 2021.

Nick is the co-author, with Marina Nitze, of Hack Your Bureaucracy: Get Things Done No Matter What Your Role On Any Team, published in 2022.

Nick is also a Senior Advisor at Insight Partners and serves on the boards of Rebellion Defense, Shift5, Hawkeye360, and LeoLabs. He also serves as a Commissioner for the Atlantic Council’s Commission on Defense Innovation Adoption.

Nick earned a MBA from the University of Chicago Booth School of Business, and a Bachelor of Arts from Harvard.