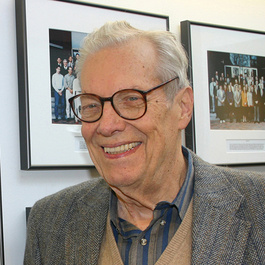 During his forty-two years on the Harvard University faculty, Doty embraced two careers: one in biochemistry, where he founded the Department of Biochemistry and Molecular Biology, and the other in science policy and international security studies, where he founded the Center for Science and International Affairs in 1973. He was named emeritus professor in the Faculty of Arts and Sciences in 1988 and in the Kennedy School of Government in 1990.

Doty's research focus was on the structure and functioning of large molecules progressively moving from polymeric molecules which constitute plastics and fibers, to polypeptides and polynucleotides which consist of single repeating units of the kind involved in proteins and nucleic acids and then on to proteins and nucleic acids. Early studies developed means of determining the size and weight of polymeric molecules in solution. This was followed by showing that the folding of the single polymeric peptide chain that make up a protein was of three types and that the amounts of each could be determined by optical means.

DNA, the carrier of the code that directs living forms, which had been shown to consist of two chains in the form of a double helix, was shown to maintain this structure in solution. However, when subjected to abnormal conditions (higher temperatures) the double helical molecules would "melt" (denature) at a specific temperature abruptly releasing two strands from each other. Perhaps the best known work of Doty's laboratory was the further demonstration that the two separated strands could be reunited (hybridized) in register thereby reforming the original double-stranded, biologically active molecule. This technique of hybridization became the basis of forming new, not previously occurring, forms of DNA (recombinant DNA) and of determining the sequence of the four units that make up nucleic acid strands culminating in the Human Genome Project.

The structure of RNA, the single-stranded polynucleotide chain that transfers the code from DNA to the site of protein synthesis, was shown to have connections among different parts of the same chain and hence to be reduced in size in solution over that expected for an unrestricted single chain. These restrictions were found to be short regions of double helical configuration and the extent of this internal hybridization could be determined by the optical methods worked out for DNA melting.

Substantial advances were made on the structure of collagen (the major building unit of skin and cartilage) and its gene. The molecule was shown to consist of a triple stranded helix that also displayed a critical denaturation temperature and existed as a rod-shaped molecule of a certain length, hence the building block in skin and other tissues. The structure of the gene encoding collagen was determined in the early 1980s. It displayed numerous interruptions (introns), a record for genes examined at that time. This work was collaboration with his wife, Helga Boedtker, who joined in the management of the laboratory for nearly four decades.

From data collected on the occassion of Doty's eightieth birthday, the influence of his laboratory became apparent. He supervised the research theses of 66 undergraduates and graduates of whom 44 became professors and 10 have been elected to the National Academy of Sciences. Of the 85 post-doctoral fellows that worked in his laboratory, 36 became professors.

During this time he was a leader in his chosen profession founding together with Herman Mark the Journal of Polymer Science (1945) and with four others the Journal of Molecular Biology (1959). From 1950 to 1968 Doty was a tenured professor in the Department of Chemistry during which time he helped recruit several leading biochemists, in particular James Watson. In 1968 he founded the Department of Biochemistry and Molecular Biology and served as its first chairman. Doty played an increasing role both at Harvard in the National Academy of Sciences and the American Academy of Arts. and Sciences. For example, he served as chairman of a faculty committee to review General Education, as a Senior Fellow in the Society of Fellows (1963-80) and on various committees of the two academies.

Doty's second career had its origins in his graduate student days at Columbia. During this time he worked on isotope separation at the beginning of the Manhattan Project and attended courses by its leaders: Fermi, Rabi, Teller, and Urey. In 1957 he served as chairman of the Federation of American Scientists and attended the first unofficial meeting of nuclear scientists in Pugwash, Nova Scotia. Here he made contact with Soviet counterparts and decided that there was a niche to be filled by promoting informed examination of the technical aspects related to avoiding nuclear war outside official channels.

In 1958 he made his first of what would come to be 42 trips to the Soviet Union mostly in pursuit of this goal. A year later he became consultant to the President's Science Advisory Committee (PSAC) helping on the formulation of nuclear arms controls proposals and in 1960 became a full member. In the same year he undertook two initiatives. One was to form in the National Academy of Sciences a Committee to promote and oversee the exchange of Soviet and American scientists for research purposes and to organize two large scale Pugwash Conferences, one in Moscow (1960), the other in the U.S. (1961). These conferences established, for the first time that unofficial international discussions among scientists on nuclear problems and scientific collaboration could play a useful role despite the polarization of the Cold War. A by-product of these meetings was the development of a friendship with several leading Soviet scientists, especially Peter Kapitza.

By 1964 Doty redirected most of his efforts from the multilateral Pugwash conferences to form a bilateral Soviet- American Group co-chaired by Millionshchikov, first vice-president of the Soviet Academy of Sciences, and himself. This group was widely thought to have contributed critically to inducing the Soviet Union to negotiate the Anti-Ballistic Missile Treaty concluded in 1972. Having involved Kissinger in meetings of Pugwash and the Soviet-American group, Doty chaired an informal advisory group to Kissinger when he became Special Assistant to the President for National Security. He continued as a consultant to the Arms Control and Disarmament Agency and later became a member of the President's Arms Control Advisory Group.

In 1971 Doty began a series of annual summer workshops on arms control at the Aspen Institute in Colorado. He served as chairman until 1984 when its leadership was transferred to William Perry, Brent Scowcroft and Joseph Nye and renamed the Aspen Strategy Group. It continues to thrive. Meanwhile in 1976, Doty became a Board member of the newly formed Aspen Institute Berlin where he initiated summer workshops on European Security.

At this time discussions began with McGeorge Bundy, then president of the Ford Foundation, which resulted in setting up several university centers to focus on international security. As a result the Center for Science and International Affairs was established at Harvard in 1973 with an endowment that had grown by 1979 to $6 million: Doty served as its Director on a half-time basis. In 1979 it became part of the new Kennedy School of Government. Among its most important contributions have been its policy-related research, and its training of more than a dozen scholars each year in international security studies. Its first assistant directors have gone on to distinguished careers, Albert Carnesale, Michael Mandlebaum, Michael Nacht and John Steinbruner. Doty established a course on the Nuclear Age at Harvard College and with Jack Ruina a summer school course at MIT for teachers of such courses. Doty founded and became editor of what has become the leading journal in the field, International Security.

The Center has grown under the directorships of Ashton Carter, Joseph Nye and Graham Allison: by expansion into other science policy fields it now consists of 100 members. The informal US-USSR dialogue on security issues expanded sharply in the 1970s: Doty was deeply involved in two of these - The Dartmouth Conferences and the National Academy of Sciences Committee on International Security and Arms Control (CISAC). The Dartmouth Conferences aimed to bring leading citizens of the two countries together to discuss matters of potential conflict and economic cooperation. It began in 1960 at the suggestion of President Eisenhower and continued to meet annually in the alternate countries throughout the Cold War. Doty served on the Executive Committee and as chair of the Arms Control Task Force. The latter held separate meetings involving congressional, political and military leaders as well as nongovernmental specialists the results of which were reported to the annual Conferences. These efforts were thought to have contributed to lowering Cold War tensions and allowed important contacts to develop among those who would later become important officials, such as Scowcroft, Vance, Primakov (prime minister) and Kozyrev (foreign minister). The annual meetings between CISAC and the corresponding committee of the Soviet Academy of Science began in 1981 and followed a similar pattern but concentrated on technical aspects of nuclear arms control. Several Russian participants became principal advisers to Gorbachev. CISAC also worked on its own studies that often influenced government policy. After retirement Doty continued his work on international security issues and on Russian-American scientific relations, for example serving as board member of Soros' International Science Foundation that provided critical research support to Russian scientists in the 1990s.