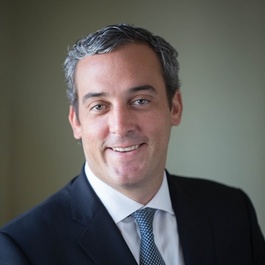 Paul Rosen, the former Chief of Staff at the Department of Homeland Security, is a partner at the international law firm Crowell & Moring.

Mr. Rosen is a former federal prosecutor with more than a decade of experience working across all three branches of the federal government.  He held senior executive positions in the Obama Administration at the Department of Homeland Security and the Department of Justice, and also served as Counsel to then-Senator Joseph R. Biden on the Senate Judiciary Committee.

In his most recent government position as Chief of Staff at DHS, Mr. Rosen managed the operational, organizational, policy, and legal needs of the third-largest department of government, with 230,000 employees, a $60 billion budget, and 22 component agencies. In doing so Mr. Rosen oversaw DHS’s response to some of the most sensitive and complex challenges facing the United States, including global cyber attacks (state-sponsored and criminal actors), terrorism, pandemic outbreaks, aviation incidents, border crossing surges, and other national security issues.  Those responses entailed directing investigations, overseeing crisis management, quarterbacking public and government relations, advising the White House and engaging Congress.  Mr. Rosen also served as DHS Deputy Chief of Staff and Senior Counselor, and Chief of Staff at U.S. Immigration and Customs Enforcement.

Before joining DHS Mr. Rosen spent more than four years at the Department of Justice, including as a federal prosecutor in the U.S. Attorney’s Office for the Eastern District of Virginia and in the Fraud Section of the Criminal Division.  From 2006 to 2009, Mr. Rosen was Counsel to then-Senator Biden, advising on civil and criminal law policies and legislation.

In recognition of his accomplishments and service in government, Mr. Rosen received a number of awards including:  the DHS Distinguished Service Medal, the highest honor bestowed by the Secretary to recognize exceptional and transformational public service; the Director’s Distinguished Service Award from the Secret Service; and the Investigation Award of Excellence by the Council of Inspectors General on Integrity and Efficiency for his fraud recovery efforts.