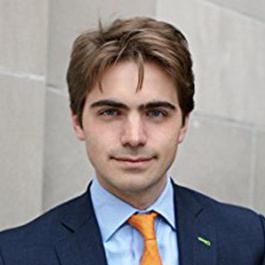 Pierpaolo is Executive Director at Greenmantle, a macroeconomic and geopolitical consulting firm, and is head strategist of Brevan Howard Argentina, the largest Argentina-dedicated fund.

He was elected Lt. Charles Henry Fiske III Harvard-Cambridge scholar at Trinity College, Cambridge, where he was awarded an MPhil in Economic and Social History and a Gates Cambridge Scholarship.

In 2011-2013, he was Ernest May Fellow at the Harvard Kennedy School and Strategic Advisor at the Institute for New Economic Thinking (INET). He is also special advisor to the Berggruen Council on the Future of Europe.

His first book, Hitler’s Shadow Empire: The Nazis and the Spanish Civil War, was published in the USA, UK, Spain, Latin America, and Italy.

Pierpaolo’s journalism has been featured in The New York Times, the Financial Times, the Wall Street Journal, CNN, New Republic and El País.