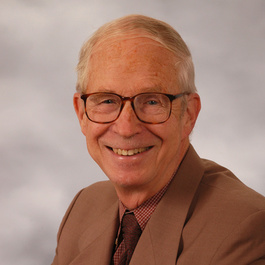 Richard Rosecrance is a former Associate of the International Security Program, a former Adjunct Professor at the Harvard Kennedy School, and a Research Professor of Political Science at the University of California, Los Angeles. He was formerly a Professor at the University of California, Berkeley, and the Walter S. Carpenter, Jr., Professor of International and Comparative Politics at Cornell University. He served in the Policy Planning Council of the Department of State. He has written or edited more than a dozen books and many scholarly articles. The singly authored works include Action and Reaction in World Politics (1963); Defense of the Realm: British Strategy in the Nuclear Epoch (1968); International Relations: Peace or War? (1973); The Rise of the Trading State: Commerce and Conquest in the Modern World (1986); America's Economic Resurgence (1990); and The Rise of the Virtual State: Wealth and Power in the Coming Center (1999). The edited volumes include The Dispersion of Nuclear Weapons: Strategy and Politics (1964); The Future of the International Strategic System (1972); America as an Ordinary Country (1976); The Domestic Bases of Grand Strategy (1993); The Costs of Conflict (1999); and The New Coalition of Great Powers (2001).

He is the principal investigator of UCLA's Carnegie Project on "Globalization and Self Determination".  He has received Guggenheim, Rockefeller, Ford, Fulbright, NATO, and many other fellowships. He was President of the International Studies Association and served as Director of UCLA's Center for International Relations from 1992 to 2000. He has held research and teaching appointments in Florence (the European University Institute); Paris (the Institut de Sciences Politiques), London (Kings College London, the London School of Economics, and the International Institute for Strategic Studies), and Canberra (The Australian National University). He has lectured widely in East Asia and Europe. His recent book on the "virtual state" has been translated into Japanese, Chinese (Taiwan), German and will shortly appear in Arabic and Mandarin and in a French volume of colloquy and comments of French scholars entitled "Débat sur L’État Virtuel." Professor Rosecrance most recently co-edited The Next Great War? The Roots of World War I and the Risk of U.S.-China Conflict.