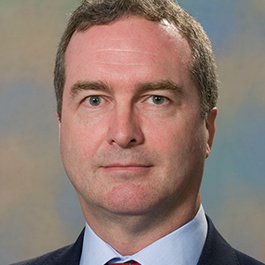 Robert Hannigan was Director of GCHQ, the UK’s largest intelligence and security agency and NSA equivalent, from 2014-17. He set up the National Cyber Security Centre in 2016, having been responsible for the UK’s first cyber strategy in 2009. Under his leadership the NCSC piloted an Active Cyber Defence programme for the UK and he was also responsible for directing, with military colleagues, the National Offensive Cyber Programme.

Robert left Government service after 20 years in national security roles, including as Prime Minister’s Security Adviser from 2007-10, with a particular focus on Islamist terrorism. He was responsible for the Single Intelligence Account (covering MI5, GCHQ and MI6/SIS), the UK crisis response machinery, and was a longstanding member of the Joint Intelligence Committee, which he chaired in 2011-12. He spent four years at the Foreign & Commonwealth Office as Director General for defence and intelligence, where he was responsible for policy on counter-proliferation and counter-terrorism, as well as sponsorship of the operations of MI6 and GCHQ. He came to London from Belfast, where he was Tony Blair’s senior official on the Northern Ireland peace process, responsible for negotiations with political parties, paramilitaries and with the Irish and US Governments.

Robert caused international controversy on his first day in office at GCHQ in 2014 by criticising Silicon Valley companies in the Financial Times, but he has also spoken at MIT in defence of strong encryption and US technology leadership. He has a particular interest in the history of cryptography and Bletchley Park, where he is a Trustee. He comments regularly on cyber security for the FT, BBC and elsewhere.

He is a member of the UK Government’s Defence Innovation Advisory Panel, a Fellow of the Institute of Engineering and Technology and the Royal United Services Institute. He is an Honorary Fellow of Wadham College, Oxford, where he was an undergraduate. Robert was awarded the US National Intelligence Distinguished Public Service Medal in 2017. He is now Executive Chairman, Europe, of BlueVoyant, a global cyber security company.