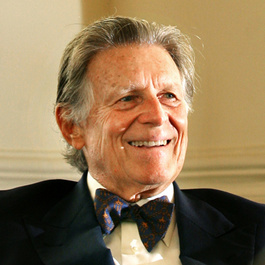 Robert A. Hefner III is founder and owner of The GHK Companies. He pioneered ultra-deep natural gas exploration and led the development of innovative technology necessary to successfully drill and produce the world’s deepest and highest pressure natural gas wells. In the 1970s, he was the lone proponent to accurately forecast America’s natural gas abundance, and a leader in the efforts to deregulate natural gas prices. Hefner holds a geology degree from the University of Oklahoma, is a member of the International Council at Harvard’s Belfer Center, a Fellow of the Royal Geographical Society of London, a former Board member of the International Institute for Applied Systems Analysis (IIASA), and was inducted into the Oklahoma Hall of Fame in 2010. Hefner’s book on the past, present and future of energy development The Grand Energy Transition, was published by Wiley & Sons in 2009. The book was subsequently translated into Chinese and published by CITIC. A documentary based on the book is available free of charge at www.The-GET.com.

Recently, the GHK Group has transitioned into investments specializing in biotech, blockchain and gas and oil royalties.

Since 1985, Hefner has actively pursued his interest in China in the areas of energy, foreign affairs, and contemporary Chinese art, developing the internationally known Hefner Collection (www.hefnercollection.com). Hefner and his wife, MeiLi, founded the Robert and MeiLi Hefner Foundation which sponsors educational trips to China for outstanding high-school students. The Hefners were the principal donors for the James R. Schlesinger Professorship of Energy, National Security, and Foreign Policy at Harvard’s Kennedy School. They live on a vineyard and winery estate near Charlottesville, VA which produces world-class natural wines.