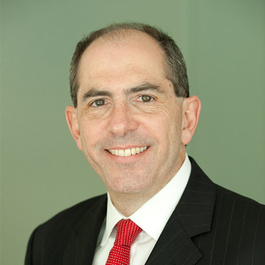 The following is Dr. Robert Danin's biography when he was a fellow with the project from 2017-2021.

Robert M. Danin is a non-resident senior fellow with the Future of Diplomacy Project. He is also a senior fellow for Middle East studies at the Council on Foreign Relations. Prior to joining CFR, he headed the Jerusalem mission of the Quartet representative, Tony Blair, from April 2008 until August 2010. A former career State Department official with over twenty years of Middle East experience, Dr. Danin previously served as Deputy Assistant Secretary of State for Near Eastern Affairs with responsibilities for Israeli-Palestinian issues and Syria, Lebanon, Jordan, and Egypt. He also served at the National Security Council for over three years, first as Director for Israeli-Palestinian affairs and the Levant and then as acting Senior Director for Near East and North African affairs. A recipient of the State Department's Superior Honor Award, Dr. Danin served as a Middle East and Gulf specialist on the Secretary of State's Policy Planning Staff, and as a State Department senior Middle East political and military analyst. Prior to joining the State Department, he worked as a Jerusalem-based journalist covering Israeli and Palestinian politics. He has served as a thought leader for the World Economic Forum since 2012.

Dr. Danin has published widely, including in Foreign Affairs, Foreign Policy, the Financial Times, Washington Post, Los Angeles Times, and The Atlantic. His commentary has also been featured in the New York Times, Washington Post, Los Angeles Times, the Financial Times, Wall Street Journal, and TIME; and has been a frequent guest on a wide range of television and broadcast media, including the PBS Newshour, Charlie Rose, CNN, BBC, MSNBC, NPR, as well as Turkish, Arabic, and Israeli television and radio. He is a contributing author of Pathways to Peace: America and the Arab-Israeli Conflict (Palgrave Macmillan 2012), and  Iran: The Nuclear Challenge (CFR, 2012).

Dr. Danin holds a BA in history from the University of California, Berkeley, an MSFS degree from Georgetown University's School of Foreign Service, and a doctorate in the international relations of the Middle East from St. Antony's College, Oxford University.