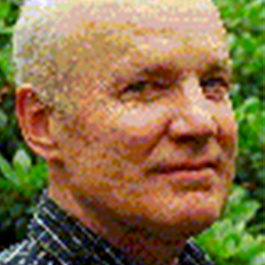 Robert Paarlberg is the Betty Freyhof Johnson Class of 1944 Professor of Political Science at Wellesley College and Associate at the Weatherhead Center for International Affairs at Harvard University. He received his B.A. in government from Carleton College in Minnesota and his Ph.D. in government from Harvard. He has served as visiting professor of government at Harvard, as a legislative aide in the U.S. Senate, and as an officer in the U.S. Naval Intelligence Command.

Paarlberg's principal research interests are international agricultural and environmental policy. His book, Starved for Science: How Biotechnology Is Being Kept Out of Africa (Harvard University Press, March 2008), explains why poor African farmers are denied access to productive technologies, particularly genetically engineered seeds with improved resistance to insects and drought.

He also has published books on the use of food as a weapon (Food Trade and Foreign Policy, Cornell University Press), on international agricultural trade negotiations (Fixing Farm Trade, Council on Foreign Relations), on environmentally sustainable farming in developing countries (Countrysides at Risk, Overseas Development Council), on U.S. foreign economic policy (Leadership Abroad Begins at Home, Brookings), on the reform of U.S. agricultural policy (Policy Reform in American Agriculture, Chicago University Press, with David Orden and Terry Roe), and on the regulation of biotechnology in developing countries (The Politics of Precaution, Johns Hopkins).