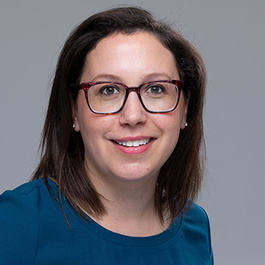 Sasha Baker is a former Senior Fellow with the Belfer Center

In 2021, Baker was appointed Senior Director for Strategic Planning at the National Security Council. Previously, she was senior advisor to Senator Elizabeth Warren and served as Deputy Policy Director for her 2020 presidential campaign, where she drafted positions on national security, criminal justice, immigration, and climate policy. Previously, Sasha served in the Obama administration as Deputy Chief of Staff to Secretary of Defense Ash Carter. After time in the private sector, Sasha began her public service career as a research assistant for the House Armed Services Committee. She later joined the White House Office of Management and Budget as a Presidential Management Fellow, where she worked as a budget analyst in the Homeland and National Security Divisions and as Special Assistant to the OMB Director. Sasha holds a B.A. from Dartmouth College and an MPP from the Harvard Kennedy School. She is a term member of the Council on Foreign Relations, and a recipient of the Department of Defense Distinguished Public Service medal.