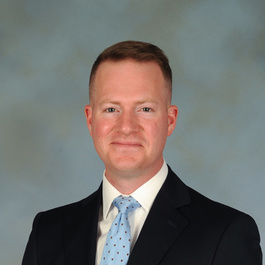 The following is Dr. Seth A. Johnston's biography when he was affiliated with the Project.

Dr. Seth A. Johnston is a Fellow of the Project on Europe and the Transatlantic Relationship at the Belfer Center for Science and International Affairs at the Harvard Kennedy School. He is an international security practitioner and scholar with expertise in defense cooperation, military intelligence, and transatlantic affairs.

He was most recently a Council on Foreign Relations International Affairs Fellow at Harvard University’s Minda de Gunzburg Center for European Studies, and previously a Task Force Commander in the North Atlantic Treaty Organization’s Resolute Support mission in Afghanistan.

Johnston served extensively in multinational missions overseas as a military officer. He was chief of international security cooperation for intelligence at the U.S. Army Europe Headquarters, and he planned and oversaw specialized intelligence support to allied forces during the most significant NATO command structure growth in three decades while at the Supreme Headquarters Allied Powers Europe (SHAPE). Earlier, Johnston was: senior intelligence officer for the first Romanian-led multinational infantry battalion task force in the United Nations-authorized International Security Assistance Force in Afghanistan; and a commander of U.S. Army troops in Germany, Belgium, and the Netherlands. His interagency experience further includes brief service as an arms control policy official at the U.S. Department of State in Washington, DC.

As Assistant Professor of International Relations in the Department of Social Sciences at the United States Military Academy at West Point, Johnston designed and taught undergraduate courses in political science. He has spoken and published widely on European and international politics. His book How NATO Adapts was the 2017 volume of the Johns Hopkins University Studies in Historical and Political Science and became the most requested book among practitioners at the NATO Headquarters library in Brussels.

Johnston earned his doctorate in international relations from Oxford University where he also earned a masters degree in comparative politics as a Marshall Scholar. He earned a B.S. in political science with a nuclear engineering minor at the U.S. Military Academy at West Point.

Originally from Falls Church, Virginia, Johnston rowed for the Trinity College Boat Club at Oxford and holds a Diploma from the Ritz Escoffier School of French Gastronomy in Paris.