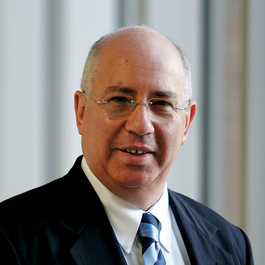 Professor Shai Feldman is the Judith and Sidney Swartz Director of the Crown Center for Middle East Studies and Professor of Politics at Brandeis University. He is also a member of the Board of Directors of Harvard Kennedy School’s Belfer Center for Science and International Affairs. He is also an Associate Fellow of the Royal United Services Institute in London. In 1997-2005, he was Head of the Jaffee Center for Strategic Studies at Tel Aviv University and in 2001-2003; he served as a member of the UN Secretary General’s Advisory Board on Disarmament Matters.

Professor Feldman is the author of numerous publications.  These include six books: Israeli Nuclear Deterrence: A Strategy for the 1980s (New York: Columbia University Press, 1982); The Future of U.S.-Israel Strategic Cooperation (Washington D.C.: The Washington Institute for Near East Policy, 1996); Nuclear Weapons and Arms Control in the Middle East (Cambridge: MIT Press, 1997);Bridging the Gap:  A Future Security Architecture for the Middle East (Lanham, Maryland: Rowman & Littlefield, 1997 – with Abdullah Toukan (Jordan)); and, Track-II Diplomacy: Lessons from the Middle East (Cambridge: MIT Press, 2003 – with Hussein Agha, Ahmad Khalidi, and Zeev Schiff).  His latest book (with Abdel Monem Said Aly and Khalil Shikaki), Arabs and Israelis: Conflict and Peacemaking in the Middle East, was published in December 2013 by Palgrave Macmillan.