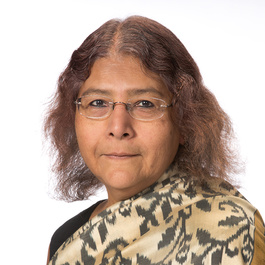 Sheila Jasanoff is Pforzheimer Professor of Science and Technology Studies at Harvard University's John F. Kennedy School of Government. She has held academic positions at Cornell, Yale, Oxford, and Kyoto. At Cornell, she founded and chaired the Department of Science and Technology Studies. She has also been a Leverhulme Visiting Professor at Cambridge, Fellow at the Berlin Institute for Advanced Study, and Resident Scholar at the Rockefeller Foundation's Bellagio study center. Her research concerns the role of science and technology in the law, politics, and public policy of modern democracies, with a particular focus on the challenges of globalization. She has written and lectured widely on problems of environmental regulation, risk management, and biotechnology in the United States, Europe, and India. Her books include Controlling Chemicals (1985), The Fifth Branch (1990), Science at the Bar (1995), and Designs on Nature (2005). Jasanoff has served on the Board of Directors of the American Association for the Advancement of Science and as President of the Society for Social Studies of Science.