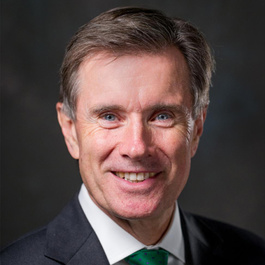 Sir John Sawers is a Fisher Family Fellow (in residence February-March 2018). He was Chief of the Secret Intelligence Service, MI6, from 2009 to 2014, a period of international upheaval and growing security threats as well as closer public scrutiny of the intelligence agencies. Prior to that, he was the United Kingdom’s ambassador to the United Nations (2007-2009), political director and main board member of the Foreign Office (2003-2007), special representative in Iraq (2003), ambassador to Egypt (2001-03) and foreign policy advisor to the Prime Minister (1999-2001). Earlier in his career, he was posted to Washington, South Africa, Syria and Yemen as a diplomat for the United Kingdom.