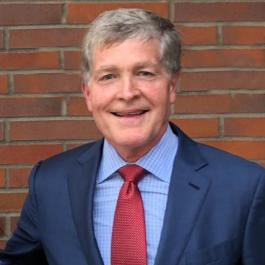 Steve Johnson is currently CEO of technology company Notable Systems. Steve was an early Internet inventor who patented the image compression algorithm that America Online used to deliver the first online pictures in 1993, paving the way for what is known now as streaming media. After AOL purchased Johnson-Grace company in 1996, Johnson ran R&D at AOL when it became America’s front door to cyberspace in the early Internet age.

Since leaving AOL in 1999, Steve has been a philanthropist, technology entrepreneur, and investor, founding companies in automated personalization, data extraction, and advertising technology, with a philanthropic focus on education, the arts, and LGBTIQ rights. In 2018, he returned to the home of his graduate work, Harvard Kennedy School, as a senior fellow in the Mossavar-Rahmani Center for Business and Government and then, in 2020, as a fellow at the Belfer Center where he is writing a book about regulating the Internet.

Steve was born and raised in Los Angeles. He earned a bachelor’s degree in economics at the University of Southern California and an MPP at HKS in 1985.