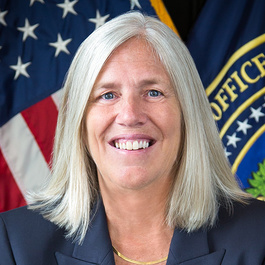 Gordon has worked in a variety of leadership roles spanning numerous intelligence organizations and disciplines. Prior to her assignment with NGA, she served for 27 years at the Central Intelligence Agency (CIA), rising to senior executive positions in each of the Agency’s four directorates: operations, analysis, science and technology, and support.

“It is an honor to have Sue Gordon join the Intelligence Project and the Belfer Center as a Senior Fellow,” said Paul Kolbe, Director of the Intelligence Project. “Sue’s expertise across all intelligence disciplines, and her particular focus on preparing the intelligence community to meet the demands of the 21st century digital environment, will be extremely valuable for our fellows and all of us at the Kennedy School. At the Belfer Center, she will apply her vision and energy to the critical transformations needed to meet new intelligence and national security challenges.”