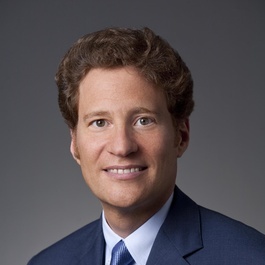 Thomas S. Kaplan is an American entrepreneur and environmentalist. After completing his Bachelors, Masters and Doctoral degrees in History at Oxford University, Dr. Kaplan applied historical insights to create high returns from investments in resource exploration and development, creating and acquiring a number of successful companies including Apex Silver Mines (now owned by Sumitomo), African Platinum (purchased by Impala Platinum), and Leor Energy. Since selling Leor Energy to EnCana in 2007, when it was then among the fastest growing privately-held natural gas producers in North America, Dr. Kaplan has served as Chairman of the Electrum Group of companies which, in partnership with institutional investors, is a leading global investor focused on precious metals mining.

Making his living through a fruitful career in mining and energy, Dr. Kaplan has given back to Applied History by creating, with General David Petraeus and Professor Graham Allison, the Recanati-Kaplan Intelligence Fellows program. He was also able to return to his youthful passion for wildlife conservation, focusing on the big cats as the "umbrella species" enabling landscape wide protection of critical ecosystems and the local communities that live within or beside them. Those ambitions informed and inspired Panthera, a charity that he and his wife, Dafna Recanati Kaplan, co-founded in 2006. With over 80 partnerships in 45 countries, Panthera is now recognized as the leading force in cat conservation. In 2014, environmental philanthropists from China, India, the United Arab Emirates and the United States formed an unprecedented coalition with Panthera and provided the first $80 Million in pledges as cornerstone funding for Panthera's new $200 Million Global Alliance for Wild Cats.

Further to their commitment to ensuring the long-term survival of the big cats, Dr. Kaplan and his wife established a globally recognized field conservation program at Oxford University in collaboration with Dr. David MacDonald. In 2009, the couple endowed the Recanati-Kaplan Center at Oxford University's Wildlife Conservation Research Unit, the WildCRU, and the university's Postgraduate Diploma in International Wildlife Conservation Practice, which offers young conservationists from developing countries access to cutting edge training at Oxford. In recognition for its innovation in wildlife and environmental conservation, Oxford's WildCRU was awarded the Queen's Anniversary Prize for Higher Education.

The Kaplans are also active in community and family philanthropy. Dr. Kaplan is the former President of the Board of Directors of the 92nd Street Y, New York's premier cultural and community center, where he now Chairs the 92Y Talks and Conversations series.