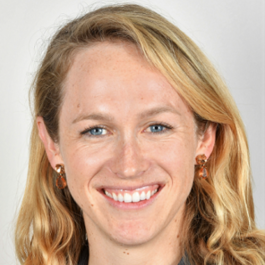 Dr. Torrey Taussig was the Research Director for the Project on Europe and the Transatlantic Relationship and the American Secretaries of State Project at Harvard Kennedy School's Belfer Center for Science and International Affairs. She is also a Nonresident Fellow at the Brookings Institution’s Center on the United States and Europe.

In 2019-2020, Taussig directed a joint project between Harvard Kennedy School and the German Council on Foreign Relations (DGAP) to revive and strengthen the transatlantic relationship. The project convened a group of experts and former government officials from the United States and Europe and culminated in a major report titled, "Stronger Together: A Strategy to Revitalize Transatlantic Power" published in December 2020.

In 2018-19, Taussig was a Robert Bosch Foundation Fellow based in Berlin, Germany, where she served as a foreign policy advisor in the German Bundestag and in the Transatlantic Division of the German Foreign Office. During that time, she researched and published on U.S.-Europe relations, German foreign policy and transatlantic cooperation on China.

Taussig is a Term Member at the Council on Foreign Relations and serves on the Advisory Council of the U.S.-Europe Alliance. Her research focuses on transatlantic relations, great power competition, and authoritarian challenges to democratic states and institutions.

Previously, Taussig held pre-doctoral and postdoctoral fellowships at the Brookings Institution. In this capacity, she led the Brookings Foreign Policy Program's Democracy Working Group and the “Democracy and Disorder” publication series launched in 2018. She also held a postdoctoral fellowship at Harvard Kennedy School's Belfer Center. Taussig received a master’s and a doctorate from the Fletcher School of Law and Diplomacy at Tufts University and a bachelor’s in political science and economics from Williams College. 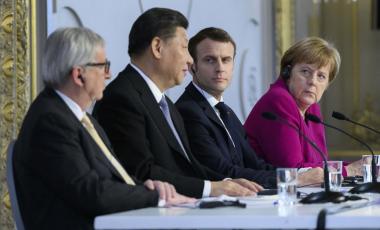 The Old World and the Middle Kingdom

Europe is beginning to face up to the challenges posed by a rising China. From the political debates roiling European capitals over the Chinese telecommunications giant Huawei’s involvement in building 5G mobile networks to the tense EU-China summit earlier this year, recent events have shown that European leaders are growing uneasy in a relationship that until recently both sides saw as immensely beneficial. They worry about the political influence China has gained, especially over the EU’s smaller members, and its growing economic clout and technological prowess. They are starting, tentatively, to push back.