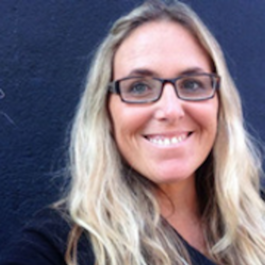 Yael Berda is an Assistant Professor of Sociology & Anthropology at Hebrew University and a non-resident fellow with the Middle East Initiative. Previously, Berda was the Gerard Weinstock Visiting Lecturer in the Department of Sociology at Harvard University and during that time she taught an undergraduate lecture course on Law and Society; an undergraduate junior tutorial on Race and Bureaucracy; and a graduate seminar on Transnational Historical Sociology. She was also an Academy Scholar at the Harvard Academy for International & Regional Studies, WCFIA from 2014-2017.

Berda publishes, teaches, and speaks on the intersections of sociology of law, bureaucracy and the state, race and racism and sociology of empires. Her most recent book is Living Emergency: Israel's Permit Regime in the West Bank (Stanford University Press, 2017 ). She is currently working on a book manuscript entitled: "The File and the Checkpoint: the Administrative Memory of the British Empire". Her other research projects are about the construction of loyalty of civil servants in Israel and India, the use of emergency laws to shape political economy of colonial states, and colonial legacies of law and administration that shape contemporary homeland security practices in postcolonial states. She was a practicing Human Rights lawyer, representing in military, district, and Supreme courts in Israel. Berda received her PhD from Princeton University; MA from Tel Aviv University and LLB from Hebrew University faculty of Law.