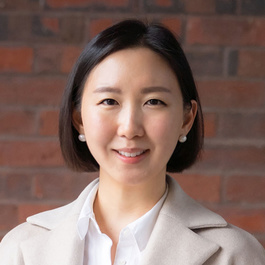 Yuree Noh is a research fellow at the Middle East Initiative where she helps lead the Kuwait Public Policy Opinions Project and an Assistant Professor in the Political Science Department at Rhode Island College. Specializing in authoritarian elections and their effects on the welfare of citizens, Noh is interested in political violence, state repression, and gender equality, among other metrics. In her book project, she investigates why some leaders use extensive electoral fraud whereas others do not. She argues that strong social cohesion can reduce fraud by facilitating the spread of information regarding rigged elections among citizens; informed citizens are more likely to solve collective action problems and mobilize themselves against the regime. She tests her argument using cross-national and subnational empirical data as well as qualitative evidence from Algeria and Kuwait. ​She received her PhD in Political Science from University of California Los Angeles in 2018 and a BA in Political Science and Economics from Washington University in St. Louis. She also spent a semester abroad at the American University in Cairo.​ Her research has been funded by the Project on Middle East Political Science, UCLA's International Institute, Rice University's Baker Institute Center for the Middle East, and the ﻿Centennial Center for Political Science and Public Affairs﻿.