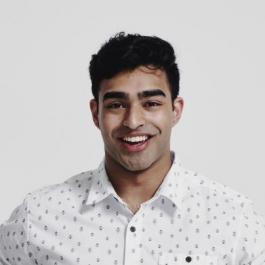 Zesean Ali grew up in Portland, Oregon and is studying religion, ethics, and politics as a Master of Theological Studies candidate at Harvard Divinity School. His academic interests revolve around how people’s religious beliefs influence their political identities and policy preferences – as well as how spirituality is cultivated through political engagement. At the Nonviolent Action Lab, he has researched civil resistance during abolitionism in the United States under Dr. Erica Chenoweth and has also served on the editing team for Dr. Chenoweth’s new book, Civil Resistance: What Everyone Needs to Know. Also at Harvard, Zesean serves as a resident proctor for first-year College students, the Vice President of Harvard Divinity School's Muslim Student Association, a member of the Harvard Graduate Council, and a teaching fellow. In his free time, he plays basketball, lifts weights, listens to a lot of hip hop, and works on reforming race and equity education in Oregon's public schools with his colleagues at Shades of Unity PDX. Before coming to Harvard, Zesean studied chemistry at Reed College, wrote an undergraduate senior thesis about the active compounds in Lion’s Mane mushrooms, participated in social justice efforts on campus, and did internships in organic synthesis, nonprofit political activism, and economic consulting.