Harvard Kennedy School students got the chance to chat about the Arctic with Professor Halla Hrund Logadóttir during Arctic Climate Week. 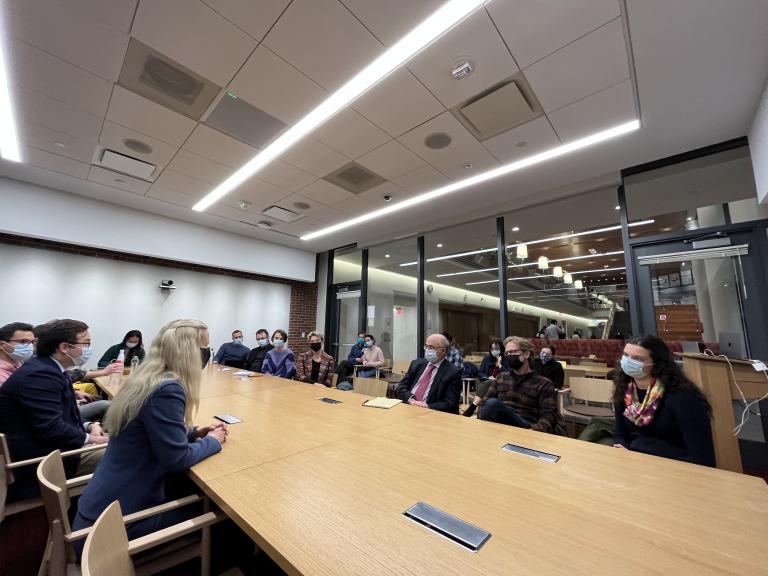 For the Belfer Center’s Arctic Initiative, raising public awareness of the rapidly changing Arctic and its role in global affairs is critically important. Climate change is already having a significant impact on the Arctic’s ecosystems, infrastructure, Indigenous peoples, and residents, and poses global challenges both economically and environmentally. In November 2021, Arctic Initiative experts hosted Arctic Climate Week at the Harvard Kennedy School. The main aim was to raise important questions and provoke critical discussions about managing the future of the changing Arctic for Indigenous peoples and residents as well as for the global community.

With global attention still focused on the UN Climate Change Conference (COP26) in Glasgow from a week earlier, Professor Halla Hrund Logadóttir, the Director-General of Iceland’s National Energy Authority, kicked off Arctic Climate Week with a presentation called “COP26 Reflections and Arctic Energy Transitions.” Her remarks synthesized her reflections on COP26’s unique mechanisms for climate cooperation, as well as on the historical trajectories which have facilitated Iceland’s successful energy transition thus far. The following discussion, which was led by Professor Henry Lee, unpacked Greenland’s commitment to the Paris Agreement and its relationships with Iceland, the United States, and China. Special note was also made of Iceland’s participation in the COP26 and the successful negotiations to include oceans in the Glasgow Climate Pact. 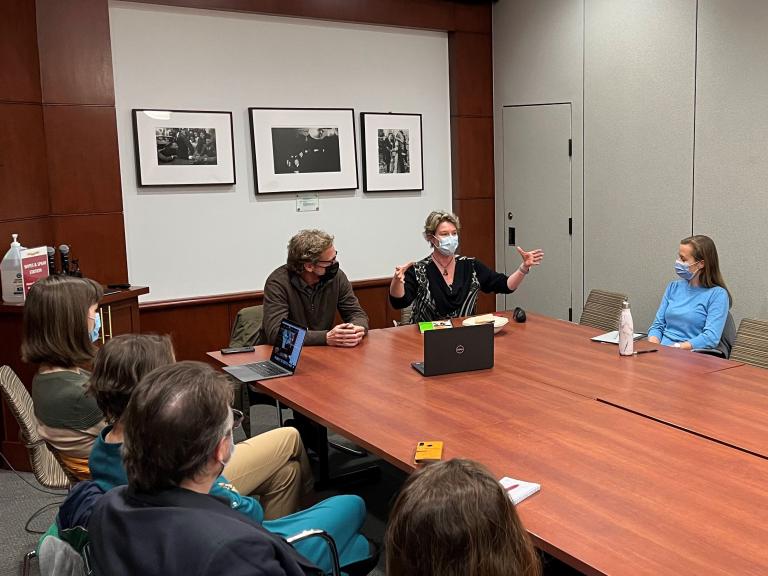 Faculty Associate Jennifer Spence and Senior Fellow Joel Clement spoke about the work of the Arctic Council as it relates to enhancing the resilience of Arctic Indigenous communities.

The second evening of Arctic Climate Week examined the challenges and opportunities associated with governing the swiftly warming Arctic. These issues were addressed by Faculty Associate Jennifer Spence and Senior Fellow Joel Clement in their presentation, “Advancing Arctic Resilience Through the Arctic Council.” Spence and Clement provided a comprehensive overview of the work of the Arctic Council’s Sustainable Development Working Group related to enhancing the resilience of Arctic Indigenous communities. They emphasized the importance of knowledge co-creation through the involvement of both scientists and Indigenous peoples in the development and implementation of Arctic Council projects. 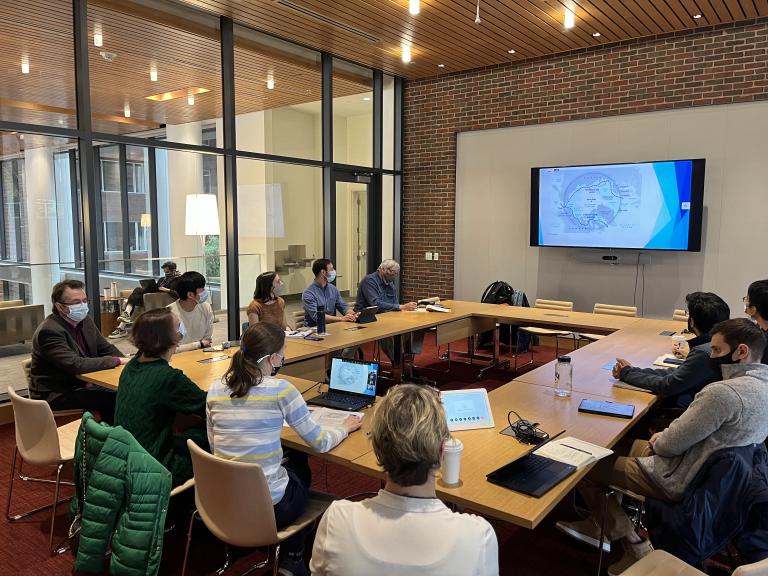 On the third day of Arctic Climate Week, Research Fellows Sarah Mackie and Nadezhda Filimonova continued the discussion of Arctic governance and climate change with “Arctic Ocean Challenges and Opportunities.” Mackie and Filimonova opened their presentation with a summary of the environmental, climatic, and economic importance of the Arctic Ocean for Arctic Indigenous communities and residents—and even Bostonians. The conversation then turned to a more detailed discussion of the changes occurring in the Arctic Ocean and the ways in which these could provide economic opportunities for some, while also threatening the delicate Arctic environment. Topics covered included the opening of the Northern Sea Route and the Northwest Passage, plastics in the Arctic Ocean, and the Central Arctic Ocean Fisheries Agreement.

Thursday’s Arctic Film Night provided a welcome change of pace from the seminar discussions earlier in the week. Attendees were treated to a short film about Indigenous throat singing, an animated retelling of a traditional Nunavut legend, and a brief teaser of a Russian film set in the Arctic. The evening’s feature film, Chasing Ice, told the story of a scientific project to capture the speed of melting glaciers by taking photos every hour for three years. The stunning footage was a chilling reminder of the urgency of climate change in the Arctic, and left a lasting impression on the audience; all agreed that it had been a fascinating evening.

During the week’s final presentation, Visiting Scholar Douglas Causey and Fellow Nadezhda Filimonova tackled the all-encompassing topic of “Arctic Environmental Security.” Their presentation illustrated the relationship between challenges and realities associated with ecological and human conditions in the Arctic with concrete examples from Russia. Questions from the Zoom and in-person audiences stimulated a comprehensive discussion about the interconnectivity of Arctic environmental security with the issues of geopolitics, economic activities, climate change, and advanced environmental protection in the region.

Reflecting on the week, Research Fellows Sarah Mackie and Nadezhda Filimonova were pleased to see so many HKS students excited about the Arctic and its future. “The work that the Arctic Initiative does is so important, and Arctic Climate Week gave us a wonderful opportunity to share what we do with a wider audience. It was fun to engage with people both in person and online—and through academic talks, discussions and, more creatively, at the film night,” said Dr. Mackie.

“Conversations at the workshop inspired students to reflect on Arctic and global interconnectedness in geopolitical, economic, and environmental aspects. It was an honor to be a part of this event, which created a friendly space for inclusive conversations on many crucial topics," added Filimonova.

Arctic Climate Week provided a forum for the exchange of knowledge and generation of new ideas about the future of the Arctic and its resilient development. The experts and participants engaged with complex topics relating to Arctic governance, geopolitics, energy, and environmental security, and ultimately connected them to human development in the region.

Watch some of the recordings from Arctic Climate Week 2021 below: