Ashton B. Carter: A Salute

President Obama's nomination of Ash Carter to be the next Secretary of Defense makes all of us at the Belfer Center proud. Ash is a model of the Belfer Center's mission to advance policy-relevant knowledge about the central challenges of international security and train future leaders in making policy in this arena.

Leading America's military in a time of constrained resources and unconstrained enemies is a special challenge, but one Ash is well qualified to meet. Ash embodies a rare mix of academic depth and managerial savvy with an even rarer ability to build a consensus for progress in Washington.

As Ash demonstrated as Deputy Secretary, even big government can do big things well – with the right leadership. That explains how the Pentagon built 8,000 Mine-Resistant Ambush Protected vehicles and delivered them in rapid fashion to protect U.S. soldiers in Afghanistan. It’s how the U.S. built 253 bases in Afghanistan in the summer of 2010.

Except for periods of service in government, Ash has spent most of his professional life at Harvard Kennedy School. He began as an assistant professor, rose to become a professor, and served for three years as director of the Center for Science and International Affairs (now the Belfer Center for Science and International Affairs).

During these years, he co-authored with others at the Center "Soviet Nuclear Fission" and "Cooperative Denuclearization" – reports that informed the Nunn-Lugar Act, which helped secure the nuclear weapons of the former Soviet Union after its collapse in 1991. He also co-led with Bill Perry the Preventive Defense Project, based jointly at Harvard and Stanford, that included leading a number of Track II efforts to aid policy decisions in conflict areas around the world.

For years, he and John White taught Kennedy School students an important course on national security organization and management. Many of his students have gone on to distinguished roles in government, including the Pentagon, which means their former professor will be their future boss. That’s the Belfer Center way.

I hope you’ll join me in congratulating our friend and colleague, Ash Carter. Together with all men and women who serve, we wish him the very best in making America more secure.

Ashton B. Carter: A Photo Retrospective 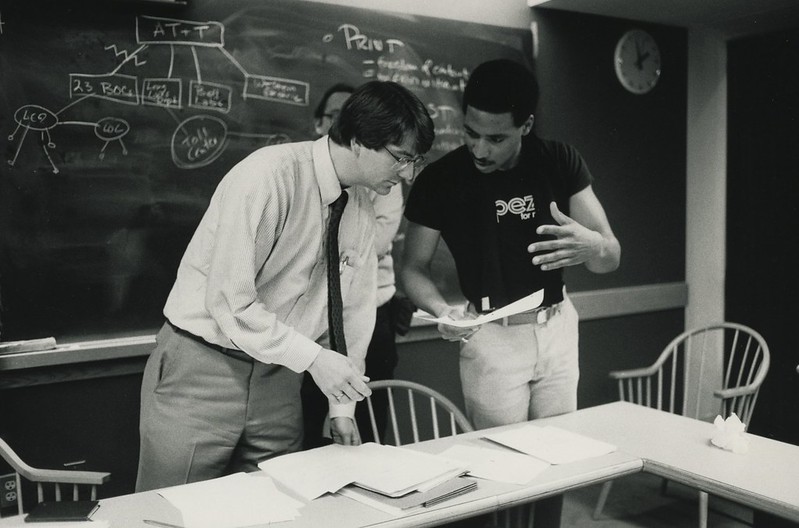