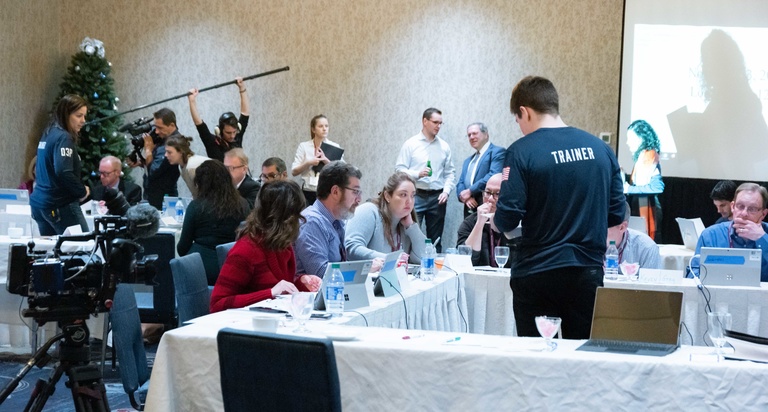 With the 2020 elections around the corner, we know that adversaries who seek to undermine democracy are preparing attacks—so states that run the elections must be ready. The Belfer Center’s bipartisan Defending Digital Democracy Project (D3P) has been working with election officials across the country since 2017 to help them build defenses and better prepare for expected cyber and mis/disinformation attacks.

In December, the D3P team gathered near Washington, D.C. with 120 state and local election officials from 23 states and the District of Columbia. The team trained the officials to build their own operations centers and “battle staffs,” a term derived from the military development of a headquarters team that optimizes decision-making, communication, and collaboration. This is a critical step, since in most locations across the U.S., election officials lack operations centers that can monitor data streams, track incidents, communicate across the state, and report timely information.

Through a full day of intensive training and crisis simulations, D3P provided officials with tools and concepts they can use to help preserve the integrity of future elections. This included a new D3P manual, The Elections Battle Staff Playbook, that gives election officials detailed guidance to build their own operations teams.

Reflecting concerns and input from officials across the United States, the Battle Staff Playbook offers practical guidance to address states’ different election operations needs. A helpful “incident tracking tool” for officials will be released by D3P this spring along with additional programming to help them implement the Playbook’s recommendations.

“Working with D3P and participating in the Battle Staff training has changed our mindset in how we’re approaching incident tracking and communication during an election and on Election Day,” said Karen Brinson Bell, Executive Director of the North Carolina State Board of Elections, who took part in the Battle Staff training. “We’ve taken the models and tools provided and made some initial application for our March 3 Primary. We also shared the Playbook and approach at our recent state conference through a session for our 100 counties’ election offices, which we entitled ‘Becoming a Battle Staff.’” 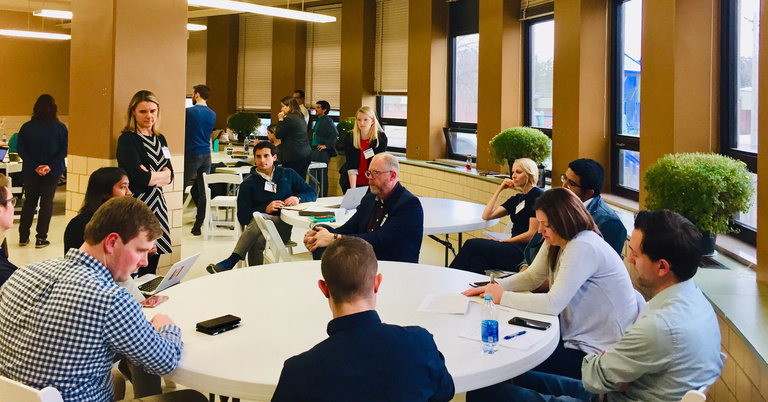 Iowa caucus leaders learn tips for defending against cyber and other attacks during a D3P training.

The Iowa Republican and Democratic parties began working with the Belfer Center’s Defending Digital Democracy Project (D3P) in 2019 to learn how to better fortify their state’s caucuses against cyber and information attacks.

During the spring and summer, D3P conducted an extensive cyber vulnerabilities assessment with caucus officials in both parties in Iowa to clarify their most important needs and potential issues. With that information in hand, and by looking at each party’s procedures, the D3P team developed a customized training designed to tackle critical issues both party caucuses could face.

In November, the D3P team traveled to Iowa where they conducted a bipartisan training for Republicans and Democrats. A simulation exercise covered a range of topics from potential cyber and information attacks to operational threats that the parties could encounter prior to, during, or after the caucuses. Participants in the simulation fielded mock calls from reporters and caucus precincts, held press conferences, and practiced making operational changes within their teams.

On caucus night, challenges faced by each party were different. Ironically, D3P itself became the victim of mis/disinformation regarding the Iowa Democratic Party’s app.

The morning following the caucuses, a massive amount of chatter on social media began claiming D3P had built the app. In fact, D3P had nothing to do with it, but the phony claim was amplified and in a short time was picked up and reported by some mainstream media. It took dozens of media interviews and a statement from D3P to clarify the facts and stop the false information.

There is no evidence that the claim was spread purposely to subvert the caucuses, D3P founder and Director Eric Rosenbach said. However, he added, “it’s a near perfect example of how misinformation, disinformation and a little bit of bad and irresponsible reporting turns into something that takes over parts of the Twittersphere in a way that then contributes to undermining trust in the caucuses and in democracy.” (The Washington Post, “Cybersecurity 202,” Feb. 5, 2020)