A group of state and local election officials take part in a tabletop exercise (TTX) simulating a wide range of cyber and misinformation attacks leading up to election day.

Election Officials from 38 States Learn to Fortify Elections Against Attacks

More than 120 election officials from 38 states gathered in Cambridge, Massachusetts, this week to participate in role-playing exercises that provided them with tips, tools, and training to fortify their election systems against cyber attacks and information operations. Organized by the Defending Digital Democracy Project (D3P) at Harvard Kennedy School’s Belfer Center for Science and International Affairs, the two-day event featured a tabletop exercise (TTX) scenario for officials that simulated attacks on election systems ranging from hacks and social media misinformation to manipulation of voter information and trust. The state and local election officials learned how to better prepare, defend, and respond to a range of attacks on the integrity of American elections and how to empower their colleagues back home with this knowledge as they prepare for the 2018 and 2020 elections.

This week’s TTX event in Cambridge was the largest of several simulation exercises D3P has run for election and campaign officials since the fall. D3P was launched in summer 2017 by Belfer Center Co-Director and former Pentagon chief of staff and “cyber czar” Eric Rosenbach, along with Robby Mook and Matt Rhoades, former campaign directors for Hilary Clinton and Mitt Romney, respectively. The bipartisan D3P team also includes high-profile cyber, national security, and communications experts from the government and leading private-sector firms.

During the event, secretaries of state, communication directors, IT managers, and election officials from across the country played the roles of state, county, and precinct officials in a war-game type simulation exercise that challenged the officials to handle “the worst election day they could imagine.” 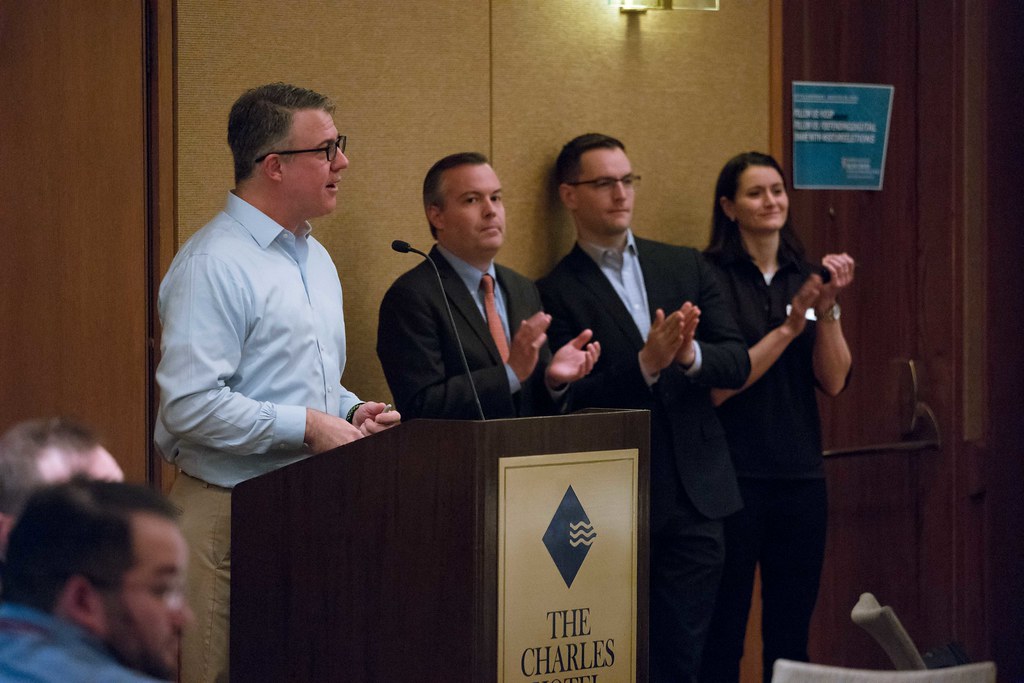 Participants were divided among four fictitious states and, over a period of six months hyper-condensed into just one hour, were confronted with a worst-case scenario of voting list, cell phone and other system hacks, fake social media claims, misleading information about candidates and voting lines, and communications campaigns aimed at sowing distrust among American voters. Through the role-playing and networking with each other, along with studying technical and communications-focused playbooks that D3P has published, the officials learned how to better prepare, respond to, and correct a wide range of problems when and if they occur in their upcoming elections.

A few of many takeaway tips: Have a paper trail for every election; turn off Wi-Fi; keep machines in a locked room; fill the USB port with epoxy so information can’t be stolen; and limit administration access (passwords, etc.) to only a few staffers.

On the second day of the conference, participants learned how to train their election colleagues back home through similar role-playing situations tailored to their own potential vulnerabilities. Many of the participants have already set dates within their states to run tabletop exercises and training.

“State and local election officials are now on the front lines of a battle to maintain trust and confidence in America’s digital democracy,” said Rosenbach, who has worked on intelligence and cyber security issues since the mid-1990s. “Through tabletop exercises like we had this week, D3P is working to help states protect the integrity of their election infrastructure, and we plan to continue working on a strategic framework for protecting democracies in this information age.”

Mac Warner, Secretary of State for West Virginia, said the conference with the TTX event was extremely helpful. “We know we’re going to be either pinged or attacked or have attempted intrusions,” he said. “But when that happens, you’ve taught us not to panic – that there are resources out there. We can either correct it ourselves or if we can’t, we have these national assets we can turn to. If I can’t fix it, I know who to call.”

For more About D3P efforts to protect elections: