The Electoral Legacies of War 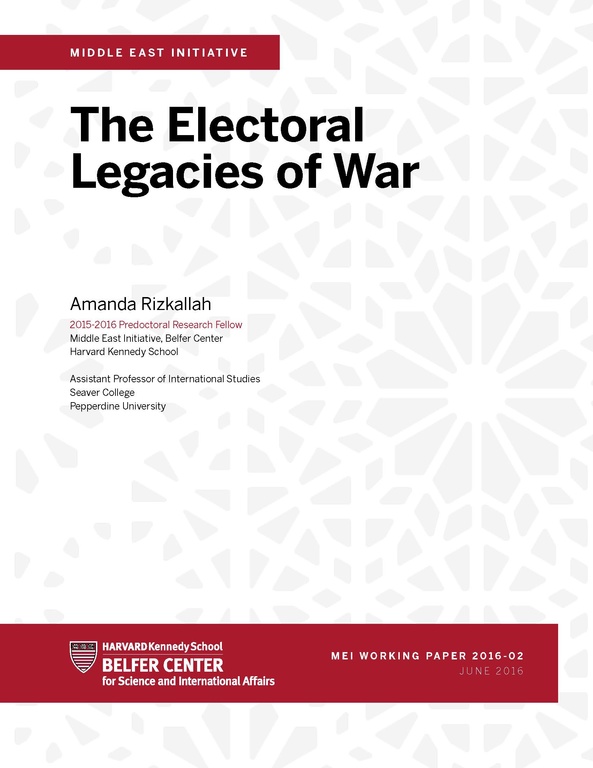 This paper explores the long-term consequences of civil war for political competition and accountability. Focusing on Lebanon, it investigates how legacies of wartime armed group control interact with the conflict resolution process to shape post-war electoral outcomes and competition. I argue that in the process of consolidating control over territory, armed groups develop or co-opt patronage networks that connect them to the population. If a territory-holding group wins the war or is brought into the government as part of the settlement, its leaders are able to use state resources to transform these wartime clientelist networks into a peacetime political machine, allowing the group’s post-war party to win uncompetitive elections and establish a dominant party system in their regions of control. This is in contrast to fragmented territories where elections will be more competitive, and new political groups more likely to emerge. In areas where the controlling group was militarily defeated or politically repressed, the winner(s) will seek to extend their influence but will pursue a mixed strategy. Where they confront sympathetic populations and costs are low, they will directly take over. Where winners confront hostile populations, they will influence electoral outcome indirectly. To test these hypotheses, I leverage variation in experiences of armed group rule during the Lebanese civil war (1975-1990) and originally-compiled data on margins of victory in the five post-war parliamentary elections in Lebanon. I find support for the connection between wartime territorial control and post-war electoral outcomes.

Please do not cite without author's permission.