Equality of Human Opportunities in the Middle East and North Africa 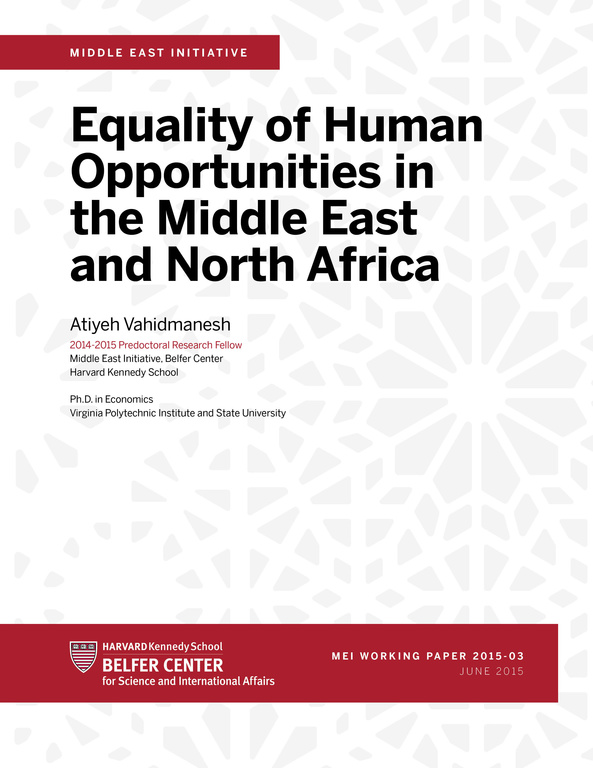 We present estimates of the Human Opportunity Index (HOI) for 10 MENA countries using harmonized household expenditure and income surveys. The index measures equality of opportunity in access to basic services (electricity, piped water, sanitation and basic education). MENA states play a large role in provision of these services, so how equitably they are provided determines the life chances of MENA children and overall equality of opportunity. We find that HOI levels in MENA countries have improved over time and compare favorably with similar measures computed for other regions, notably Latin America. We use a uniform set of circumstances to measure equality of access to a service in a given country over time for all the MENA countries, and between MENA and Latin American countries. We also provide decompositions of the HOI over time (change in average access vs. the distribution of access) use the Shapley method to measure the contribution of different circumstances to progress in human opportunities. Understanding the change in HOI and factors that influence it most complement existing analyses of inequality of opportunity in education, earnings, and consumption for MENA countries because they focus on aspects of inequality of opportunity that are largely provided by the state. As such they o er insight into the role of the state in MENA countries in promoting equity that is otherwise hard to assess.