A protestor holds up a sign during a demonstration at COP27.

Glimmers of Movement, Hope at COP27

For more on the Harvard Project’s activities at COP-27, see our Tumblr page: https://www.tumblr.com/hpcaatcop27 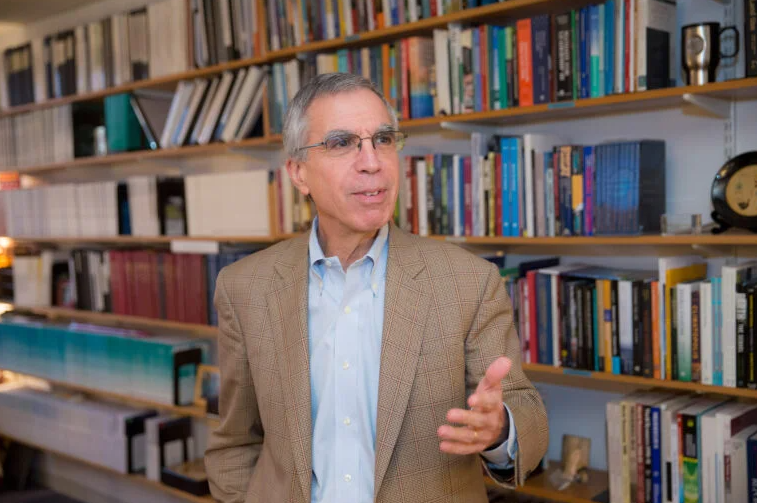 Climate negotiators from around the world recently wrapped up talks in Egypt that were by turns frustrating and hopeful: frustrating because they did little to accelerate the slow pace of action to reduce carbon emissions, and hopeful because of a reawakened dialogue between the world’s biggest emitters and movement to address climate-related damage to the world’s most vulnerable nations. The Gazette spoke with Robert Stavins, the Harvard Kennedy School’s A.J. Meyer Professor of Energy & Economic Development, director of the Harvard Project on Climate Agreements, and a regular attendee at the annual summits, to better understand successes and failures at the 27th Conference of the Parties to the United Nations Framework Convention on Climate Change.

GAZETTE: What stands out from COP27, this year’s climate change conference?

STAVINS: Two things stand out, one of which has not been talked about and I think is the most important development for long-term climate policy. The second one is the loss and damage issue. The first is that ever since Donald Trump was elected president in November 2016, a major question has been: When would the United States and China return to what had been a highly effective co-leadership during the Obama years? The Paris agreement would not have been achieved had it not been for the cooperation between China and the United States. That cooperation broke off with Trump and then hadn’t returned under Biden because of disagreements on international trade, human rights, South China Sea, Hong Kong, Taiwan, and other non-climate issues.

At COP27, we got the beginning of the answer, although in surprising fashion. The most important development during COP27 took place 6,000 miles away, in Bali, Indonesia, on Nov. 14. U.S. President Joe Biden and China President Xi Jinping met on the sidelines of the G-20 summit. They shook hands and engaged in a three-hour conversation in which they signaled their return to the cooperative stance that had been so crucial for international progress on climate change. That quickly trickled down to the heads of the respective negotiating teams at COP27, John Kerry for the United States and Xie Zhenhua of China. They’re friends but had not had discussions because of the problems between the two governments. Once the meeting in Bali took place, statements came from both John Kerry and Xie Zhenhua indicating that the two countries plan to resume cooperation, and that they had met and talked several times....

This Article is Featured in the 2022 Fall newsletter »

The full text of this publication is available via Harvard Gazette.
Read Full Article
For more information on this publication: Please contact Harvard Project on Climate Agreements
For Academic Citation: