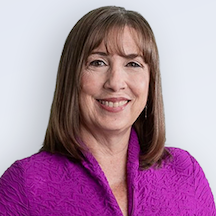 Garver is a former Deputy Administrator of the National Aeronautics and Space Agency (NASA) and current CEO of Earthrise Alliance. Sanner was Deputy Director of National Intelligence for Mission Integration and is now Professor of Practice at the University of Maryland's Applied Research Lab for Intelligence Security. They will both share their experience and expertise with students and faculty of Harvard Kennedy School and the greater Harvard community.

Lori Garver, a leading figure in the U.S. space program, served as Deputy Administrator of NASA from 2009 to 2013. She was the principal civil and commercial advisor on aerospace issues to three presidential candidates. Known as an architect of the new era of commercial partnerships that allow SpaceX to carry astronauts to and from the International Space Station, Garver pioneered innovations that are transforming NASA. Earthrise Alliance, where she is now CEO, is a philanthropic organization founded to more fully utilize satellite data to address climate change.

“Lori’s in-depth knowledge of issues that involve space and critical international affairs will be invaluable to our community,” said Belfer Center Director Ash Carter. “Space-related challenges and opportunities are on the rise,” Carter said, “and we’re fortunate to have Lori’s expertise and insights to help guide our discussions and research in the coming months. Her experience in climate research and in mentoring women interested in space will be of special interest to our students.”

Garver is the founder of the Brooke Owens Fellowship, an internship and mentorship program for collegiate women interested in pursuing aerospace careers. The recipient of the 2020 Lifetime Achievement Award for Women in Aerospace, she has been awarded three NASA Distinguished Service Medals. She currently serves as an Executive in Residence at Bessemer Venture Partners and is a member of the Board of Directors of Hydrosat. She is a former board member of Maxar Technologies and former General Manager of the Air Line Pilots Association, Vice President of the Avascent Group, and Executive Director of the National Space Society. Her memoir, Escaping Gravity, will be released in June 2022. 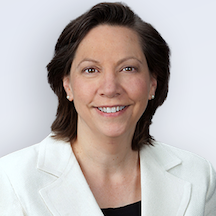 “We are delighted that Beth Sanner will be joining the Intelligence Project as a Senior Fellow,” said Belfer Center Intelligence Project Director Paul Kolbe. “After a spectacular career at the CIA as one of the finest analysts of her generation, and having risen to lead intelligence enterprises across the IC, she will be able to share her broad and deep expertise with a new generation of students and fellows interested in intelligence issues, challenges, and practice.”

Sanner served for 35 years in a wide range of leadership, staff, policy, and analytic positions in the Office of the Director of National Intelligence, the Central Intelligence Agency, the National Security Council, and the U.S. Department of State. She held several senior leadership positions in CIA’s Directorate of Analysis, including leading the analytic effort on South Asia and serving as the Deputy for Analysis for Russian and European affairs. She was also Director of the Career Analyst Program, the training program for all new CIA analysts.