An Inflection Point for U.S.-Led Forces in Afghanistan

American troops and their allies have been conducting counter-terror operations and working to uphold the security of Afghanistan from Taliban extremists since shortly after the 9/11 attacks in 2001. A deal negotiated between the Taliban and the Trump administration in February 2020 called on Western nations to withdraw all their forces by May 1 of this year. This week, President Biden announced that U.S. troops will complete their exit from Afghanistan by Sept. 11, 2021. We reached out to several Belfer Center experts for their thoughts.

How should we think about the future of Afghanistan and the strategic rationale for a U.S.-led security presence there? 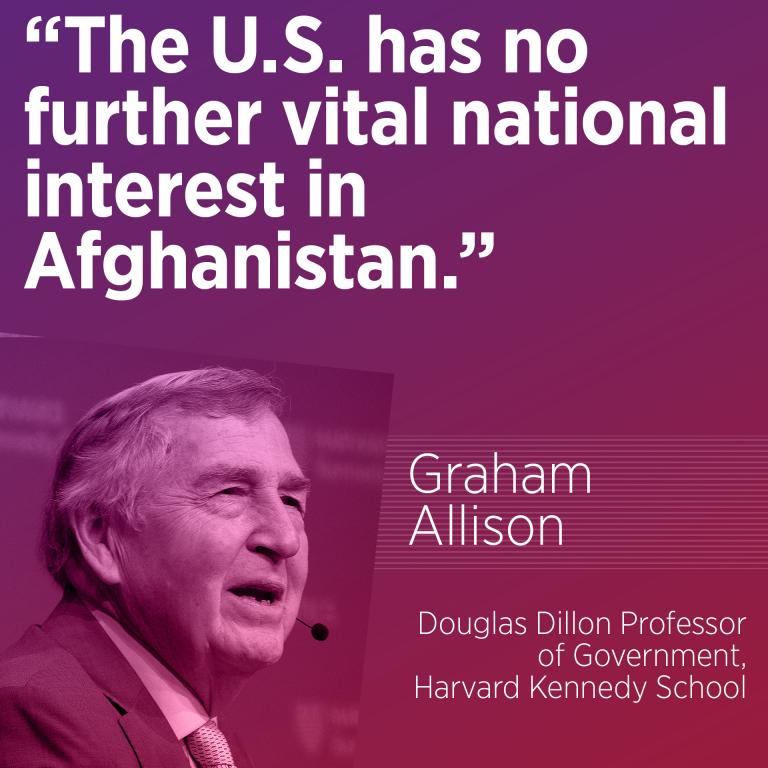 “Had Osama bin Laden’s al Qaeda operatives not killed 3,000 Americans in the attack on the World Trade Center and Pentagon on 9/11 2001, what are the odds that the U.S. would have sent combat troops to Afghanistan for a war in which it has spent $1.5 trillion and the lives of more than 2,300 service members? My answer is: zero. During two decades of the wider ‘war on terrorism,’ the U.S. has also developed robust counterterrorism capabilities to deter and destroy global terrorists planning and training for future attacks on the U.S.—wherever they are. Thus, if our forces can continue to do this in Afghanistan as well as they are in Pakistan, Somalia, and elsewhere, the U.S. has no further vital national interest in Afghanistan.” 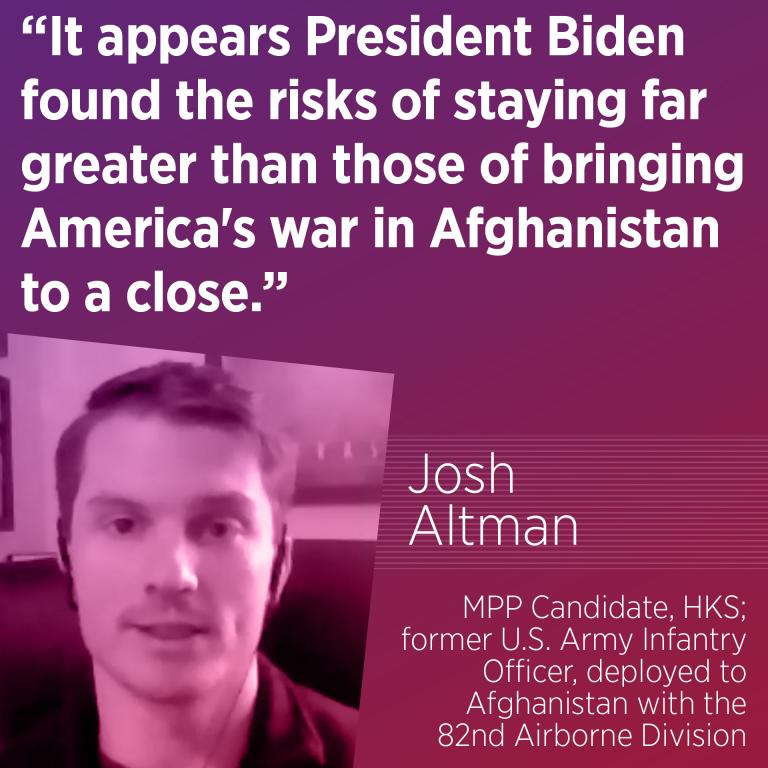 After weighing the dangers, assessing the probabilities, and measuring it all against a menu of national interests, it appears President Biden found the risks of staying far greater than those of bringing America's war in Afghanistan to a close. For the sake of the American and the Afghan people, let’s hope he’s right.” 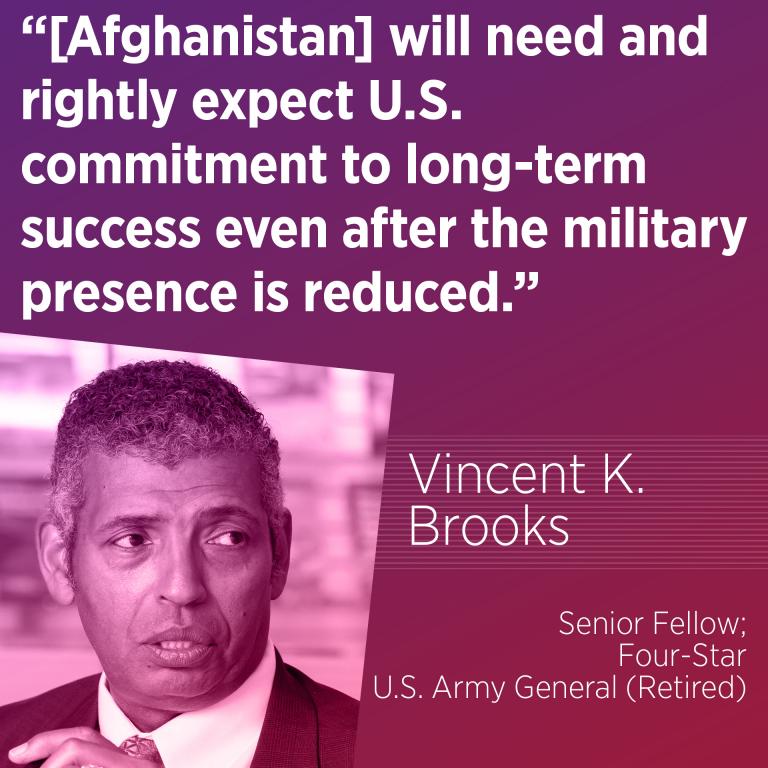 “What is at stake in Afghanistan? The Afghan government continues to evolve. The institutions are still nascent and under continuous pressure from internal threats. Political competition and tribalism, external threats from irreconcilable Taliban and also from international actors – all aim to weaken the central government. The reduction of U.S. military presence will have a morale-lowering effect on the Afghan National Security Forces, who have been engaged in combat continuously for the duration of the U.S. presence there. Their casualties and sacrifices far exceed those of their committed partners, the U.S., and the NATO allies who stood ‘the long watch’ with them. They will be challenged after the Americans withdraw. These ‘aftershocks’ are not indications of failure, but rather of the next tough stages in Afghanistan’s development. They will need and rightly expect U.S. commitment to long-term success even after the military presence is reduced. The test is not complete.” 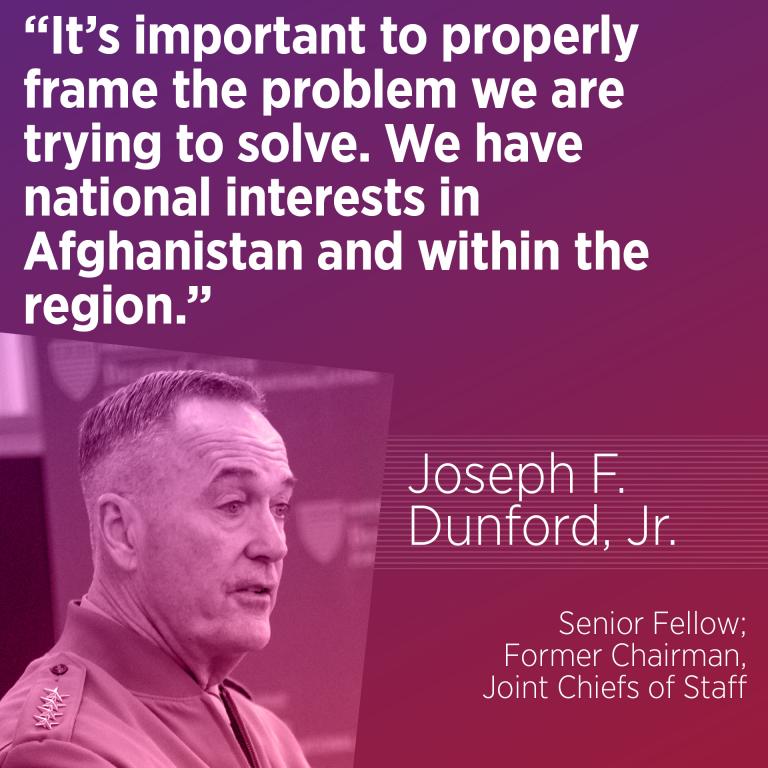 “As we think about Afghanistan and debate the future of our commitment and the prospects for a successful peace settlement, it’s important to properly frame the problem we are trying to solve. We have national interests in Afghanistan and within the region. Those national interests include: preventing al Qaeda and other terrorist groups from attacking the United States or our allies; preventing terrorist and other extremist groups from obtaining nuclear weapons or materials; and maintaining regional stability. The consensus of experts indicates that a precipitous withdrawal of U.S. support and military forces will lead to civil war in Afghanistan, instability in the region, and a reconstitution of the terrorist threat to the homeland and our allies – all conditions inconsistent with our national interests. So the question we must answer is: In the context of our national interests and the current situation, how do we best integrate our diplomatic, informational, military, and economic tools to advance our interests in Afghanistan and the region? It would be far simpler to debate whether we should stay or go.” 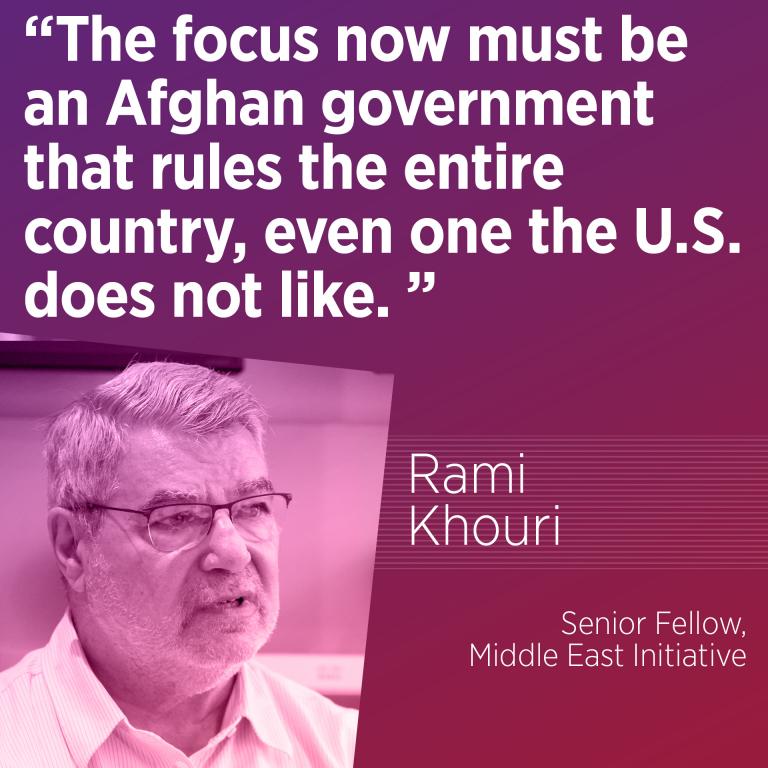 “Coming after the Trump failure in pressuring Iran that Biden wisely reversed, the U.S. should similarly see the May 1 deadline to leave Afghanistan as an opportunity to respect an oft-proven rule of foreign policy: foreign troops, no matter how numerous or well equipped, can only destabilize local situations if they stay after their military intervention has not achieved its initial aims. The British and Soviets learned this in Afghanistan and the U.S. should have learned the same lesson from its Vietnam war. The focus now must be an Afghan government that rules the entire country, even one the U.S. does not like. Subsequent diplomatic engagement and internal political and economic evolution could lead all to happier places, as unilateral militarism never will. The Vietnam legacy seems especially relevant.” 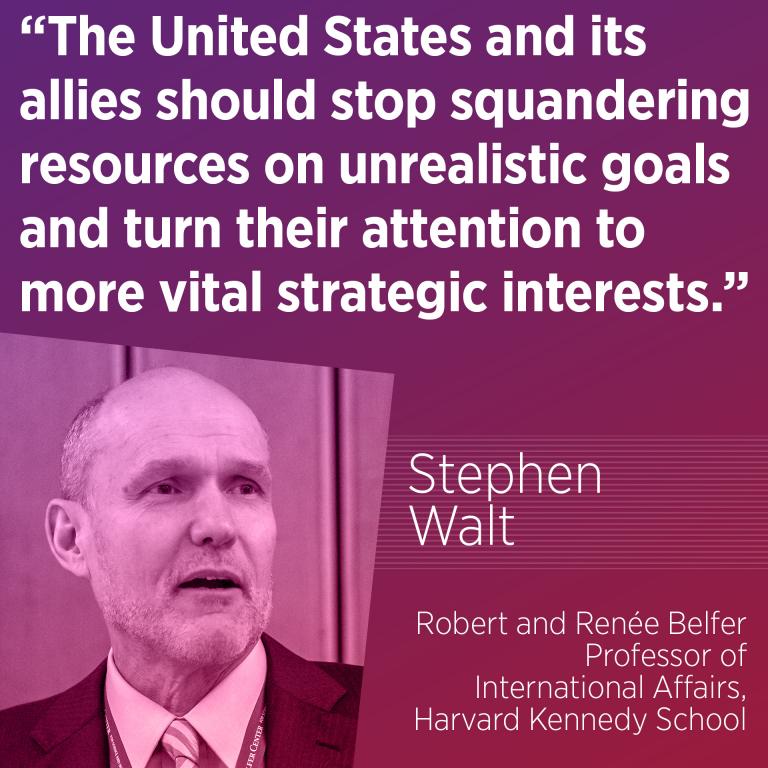 “Would keeping U.S. troops in Afghanistan beyond May 1 and spending additional billions on this mission lead to a significantly better outcome in six months, a year, or even five? The answer is ‘No.’ U.S. leaders have repeatedly claimed that we had ‘turned the corner’ and that victory was in sight, yet the Afghan government remains as dysfunctional as ever and the Taliban have grown stronger. Washington could not control Afghanistan’s political evolution when there were 100,000 U.S. troops in the country, and it cannot hope to do so today with only a few thousand. Cutting losses is always painful, but it is pointless to remain if it will not yield a better outcome. The United States and its allies should stop squandering resources on unrealistic goals and turn their attention to more vital strategic interests. President Biden’s decision to conduct an orderly withdrawal of U.S. forces by September 2021 is the right call.” 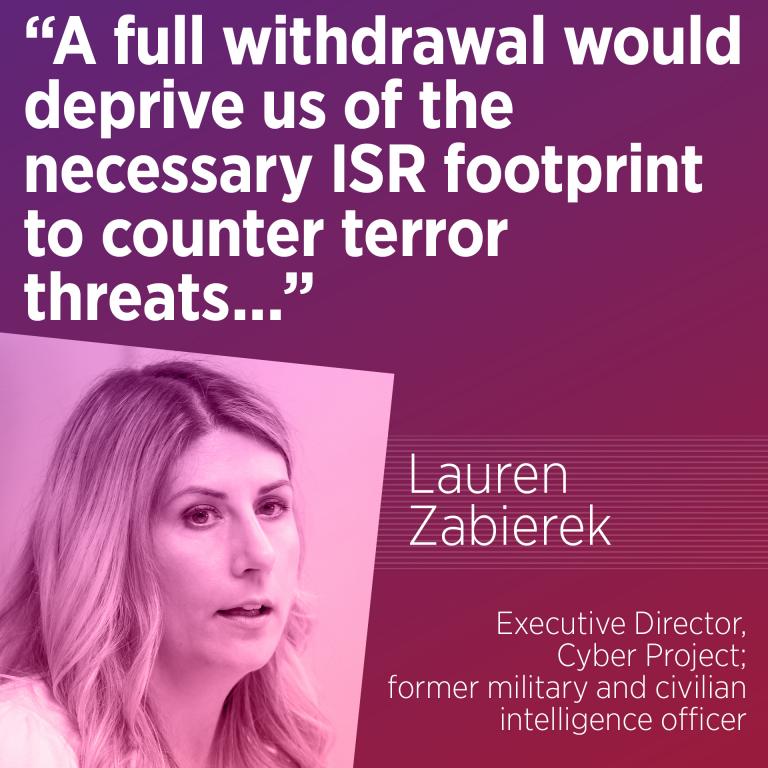 “My third and final deployment to Afghanistan was in 2014. While the U.S. had severely degraded al Qaeda’s operations and eliminated Osama Bin Laden by that point, we aren’t any closer to freedom from Taliban rule for Afghans. This is a bitter pill to swallow, especially for the families and friends of the 2,300+ fallen U.S. service members and civilians. My own brother was killed in Kandahar in 2010; my friend was killed in Nangarhar just last year. The prospect of total withdrawal from the country is complex and emotional. As much as I fear endless blood and treasure spent in a forgotten war, as well as distraction from other critical national security threats, al Qaeda and ISIS elements intent on harming Americans still persist in Afghanistan. A full withdrawal would deprive us of the necessary ISR footprint to counter terror threats, but we must be judicious with our very limited resources and objectives. ”