Inside the Five-Sided Box: Lessons from a Lifetime of Leadership in the Pentagon 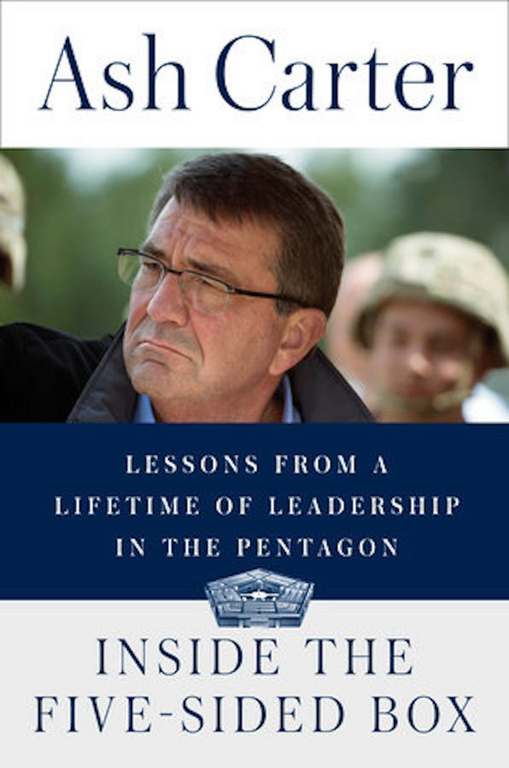 The Pentagon is the headquarters of the single largest institution in America: the Department of Defense. The D.O.D. employs millions of Americans. It owns and operates more real estate, and spends more money, than any other entity. It manages the world’s largest and most complex information network and performs more R&D than Apple, Google, and Microsoft combined. Most important, the policies it carries out, in war and peace, impact the security and freedom of billions of people around the globe.

Yet to most Americans, the dealings of the D.O.D. are a mystery, and the Pentagon nothing more than an opaque five-sided box that they regard with a mixture of awe and suspicion.

In his new book, Inside the Five-Sided Box: Lessons from a Lifetime of Leadership in the Pentagon, former Secretary of Defense Ash Carter demystifies the Pentagon and sheds light on all that happens inside one of the nation’s most iconic, and most closely guarded, buildings. Drawn from Carter’s thirty-six years of leadership experience in the D.O.D., this is the essential book for understanding the challenge of defending America in a dangerous world—and imparting a trove of incisive lessons that can guide leaders in any complex organization.

In these times of great disruption and danger, the need for Ash Carter’s authoritative and pragmatic account is more urgent than ever.

“Everyone knows Ash Carter is one of America’s most respected leaders, but I know firsthand that he is also one of the great technologists of our time. He adeptly used both gifts to make the Pentagon as innovative as possible, in turn making us all as safe as possible. This book tells us how he did it, and what he thinks needs to happen in the future.”—Eric Schmidt, Technical Advisor, Alphabet Inc.

“Ash Carter is a distinguished public servant and an exceptional student of strategic affairs. This book should be essential reading for anyone concerned about the evolution that technology and political upheavals around the world impose on us.”—Dr. Henry A. Kissinger

“What does it really take to run, reinvigorate, and reform the largest, most complex organization on Earth? Ash Carter’s lessons from four decades in the Pentagon are an essential guide to leadership for anyone who wants to serve a cause larger than themselves.”—Indra Nooyi, former Chairman and CEO, PepsiCo

“A must-read for any citizen who cares about our military and how it works … not a book about a bureaucracy but a vivid account of the flesh-and-blood defenders of America. It is a unique story, by a uniquely qualified former Secretary of Defense.”—Robert M. Gates, Secretary of Defense (2006-2011)

“Ash Carter’s impressive career in public service is a testament to the power of steady and informed leadership. His excellent new book provides critical management lessons, told through his unique perspective working at the highest levels of government for nearly four decades. It should be required reading for all who seek to become effective leaders in any field.”—Christine Lagarde

For more information on this publication: Belfer Communications Office
For Academic Citation: Carter, Ash. Inside the Five-Sided Box: Lessons from a Lifetime of Leadership in the Pentagon. New York, NY: Penguin Press, 2019.