Sexual Censorship on Social Media: What I Learned

Sex is often treated as something that is defined and distinct, easily separated from the rest of life and sequestered behind closed doors and adults-only warnings.

I don’t agree with this.

I believe sex is an integral part of human nature and society. Whether you’re into it personally or not, it has affected your life in many ways. It cannot be easily separated or ignored, and there is no one “right way” to be sexual.

Unfortunately, our sexual society is pretty messed up:

Why? How did we get here? That’s a complicated question, but I’m sure of one thing: hiding sex, not talking about it, isn’t going to help. And yet, that is the default position taken by most tech platforms.

All but two of the major Western social media platforms ban nudity and sexual content entirely, with sets of rules spanning from the obvious (no illegal content) to the bizarre (a hand on a clothed breast is ok, unless the fingers are squeezing hard enough to distort the flesh, then it’s not allowed). 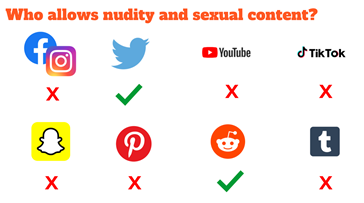 I spent the past Academic year researching the sexual content policies of social media platforms, the actual realities of what’s taken down, and what effects this has on society.

For the full overview of my findings watch the recording of my final presentation below, but the summary is this:

This issue faces legislative problems, tech policy problems, and business problems, but the biggest problem under all of these is that people do not see sex as a public value worth fighting for.

Very few people in companies or in government are willing to stand up and say “I think it’s important to show sexual content.”

As with many research projects, my fellowship helped me realize the extent of the problem but didn’t unearth any obvious solutions beyond “change the hearts and minds of the American people.” A worthy goal, but not an easy one.

But I care about this. So I’m going to keep working on it.

Out of this fellowship I’ve launched a non-profit called The Nectarine Project, dedicated to lobbying for sex positive policy in DC and silicon valley. It’s brand new and I’m still figuring out all the kinks, but if this is something you’re interested in consider giving it a look. 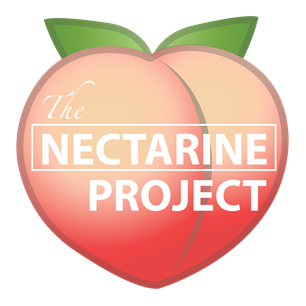 For more information on this publication: Belfer Communications Office
For Academic Citation: Bayley , Clare.“Sexual Censorship on Social Media: What I Learned .” Perspectives on Public Purpose, May 25, 2021, https://www.belfercenter.org/publication/sexual-censorship-social-media-what-i-learned.