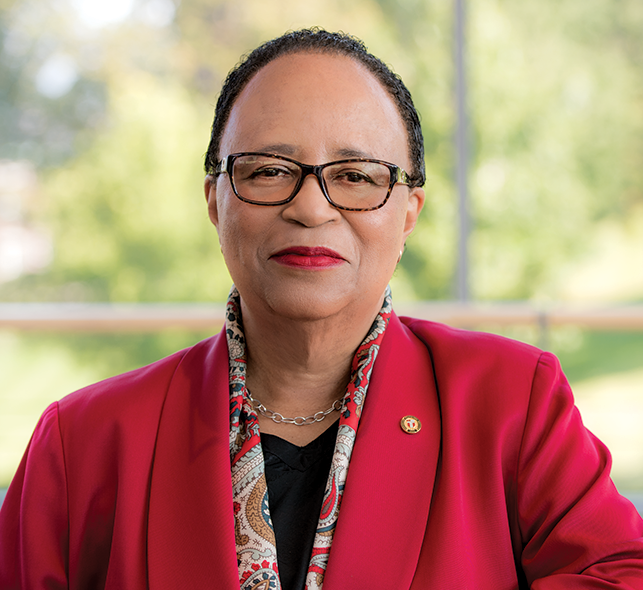 Harvard Kennedy School’s Belfer Center for Science and International Affairs has named the Honorable Shirley Ann Jackson a non-resident Senior Fellow. Dr. Jackson, a theoretical physicist and President of Rensselaer Polytechnic Institute, has held senior leadership positions in academia, government, industry, and research. At the Belfer Center, Jackson will engage with students, faculty, and fellows at the nexus of science, public policy, and leadership.

“Shirley exemplifies the ideal of advancing science and technology for the public good,” said Belfer Center Director Ash Carter. “All of us at the Center are honored to welcome such a distinguished leader and scientist. The National Science Board was right to call her a ‘national treasure’ and we look forward to her engagement with our community.”

“I am deeply honored to be named as a non-resident Senior Fellow at the Harvard Kennedy School’s Belfer Center,” said Jackson, President of the nation’s oldest and one of the most renowned technological research universities. “I look forward to participating in the Center’s stimulating programs about the important and pressing national and global issues facing us all today.”

Before taking the helm at RPI in 1999, Jackson was Chairman of the U.S. Nuclear Regulatory Commission (NRC), from 1995 to 1999. Jackson is a Life Member of the MIT Corporation, and a former Vice-Chair of the Board of Regents of the Smithsonian Institution. In 2017, she was named Regent Emerita of the Smithsonian Institution. She currently serves on the boards of several corporations, including FedEx, Kyndryl, and PSEG. Jackson also serves on the Global Board of Directors for The Nature Conservancy.

Jackson is the recipient of numerous honors and awards, including 55 honorary doctoral degrees. In 2016, President Obama awarded her the National Medal of Science, the nation’s highest honor in science and engineering. Most recently, she was named the 2021 recipient of the American Association of Physics Teachers (AAPT) Oersted Medal, the 2021 recipient of the FBI Director’s Community Leadership Award, and the 2019 recipient of the American Physical Society (APS) Joseph A. Burton Forum Award. In 2018, Jackson was awarded the W.E.B. DuBois Medal from the Hutchins Center for African and African American Research at Harvard University.

Jackson holds an S.B. in Physics and a Ph.D. in Theoretical Elementary Particle Physics, both from MIT.

A Synagogue Shouldn't Be a Fortress

“A synagogue is not like an airport or a stadium. When it becomes a fortress, something immeasurable is lost,” writes Juliette Kayyem.