The following six reports engaged audiences in conversations on a wide variety of public purpose issues including: digital divide, deep tech entrepreneurship, data sharing and platform urbanism and many others. 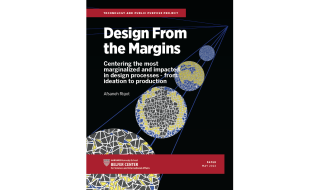 In an age of virtual connectivity and increased reliance on the internet for daily functions, including by marginalized groups, can companies and technologists reframe their features or standards to support the most marginalized users’ needs? Can the modes of resilience within digital spaces from some of the most marginalized groups be listened to, learned from, and centered when creating technology? Design from the Margins (DFM), a design process that centers the most impacted and marginalized users from ideation to production, pushes the notion that not only is this something that can and must be done, but also that it is highly beneficial for all users and companies. For this to happen, consumer interest conversations need to be framed outside the “biggest use case” scenarios and United States and European Union-centrisms and refocused on the cases often left in the margins: the decentered cases.

This report outlines how the DFM method can be used to build our most well-known and relied-upon technologies for decentered cases (often deemed “edge cases” which is atypical or less common use case for a product) from the beginning of the design process, rather than retrofitting them post-deployment to cater to communities with what are perceived to be extra needs. 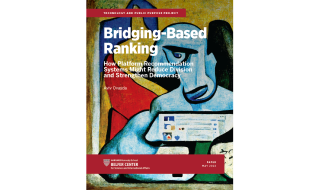 Bridging-based ranking systems can address one of the most dangerous aspects of such algorithmic recommendations—the push toward polarization and divisiveness that is tearing nations apart—and do so without reducing anonymity or increasing censorship.

This report explores what bridging-based ranking is, how it helps (overcoming downsides of chronological feeds and middleware), addresses common objections, and provides early examples of its use and benefits in the wild. The report concludes by providing next steps for platforms, governments, funders, and researchers in order to accelerate the deployment of bridging. 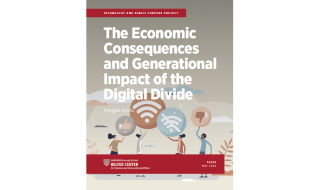 The Economic Consequences and Generational Impact of the Digital Divide

History has its eyes on us. Years from now, what was and was not attempted to address the digital divide will not only be remembered but will also be memorialized in code. Americans who perpetually struggle with the ability to get online continually lag behind their connected counterparts in earning power, lifelong learning, healthcare options, and political clout. Meanwhile, those with reliable high-speed internet access, digital dexterity, and ready access to computing devices will continue to produce some of the most influential digital architects of our time as they enjoy unmatched opportunities for well-being, longevity, and wealth.

This research was designed to explore three primary questions. First, is there a predominant race and socioeconomic class of the populations most frequently impacted by the digital divide? Second, does the digital divide impose a collective cost that is shared with digitally disadvantaged and connected households? Third, should investing in digital equity be a national priority? The analysis documents why the answer to all three of those questions is a resounding yes. 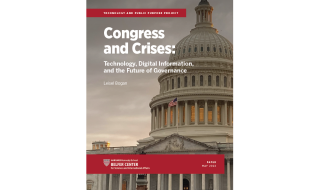 Congress and Crises
Technology, Digital Information, and the Future of Governance

The 116th Congress began in 2019 with what would become the longest government shutdown in history, and it would end just three days shy of an unprecedented violent attack on the Capitol building during the first week of the 117th Congress. Throughout the last two Congresses, the United States government has grappled with several crises, many of which were exacerbated or complicated by information technologies. Congress responded to the challenges with a swath of technology oversight hearings, new legislation to regulate “Big Tech” and its negative impact on the public, and proposals for new technology offices and enhancements at Executive Branch agencies. Yet serious problems with disinformation and other public harms created by new technologies persist.

The overview of this report highlights some of the crises and corresponding technology issues that Congress and the U.S. Government dealt with, and how it and other countries responded. Part I of this report specifically focuses on how Congress has responded to disinformation and the digital information crisis. Part II of this report notes that most Executive Branch agencies were created following a crisis or to better reflect the balance of power in the United States, and includes a recommendation for the creation of a Department of Technology and Innovation to better address the myriad of regulatory and public challenges presented by technology. 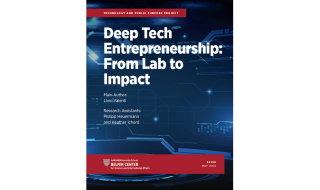 In the United States alone, breakthrough scientific discoveries are made everyday. Critically important technologies are developed in universities and research laboratories with an unparalleled amount of public funding. This research ecosystem produces a wealth of discoveries. However, a large portion of successful innovations fail to transition out of the lab. Most innovations fail to become the capabilities needed to address the most pressing societal issues faced today. Climate change, energy, pandemics, cybersecurity, terrorism. The list goes on.

This report reinforces that some of the best research and development centers are located within the US national laboratory network; provides a new way of approaching the innovation ecosystem of public, private, and university research; and suggests a framework to increase collaboration across labs, deep-tech entrepreneurs, and venture capital investors. We decided to focus on the commercialization challenges and opportunities specifically linked to the Federally Funded Research and Development Centers (FFRDCs), funded with more than $16 billion annually in taxpayer money. We fundamentally believe that these FFRDCs have massive, untapped potential to accelerate development of technologies to change the world. 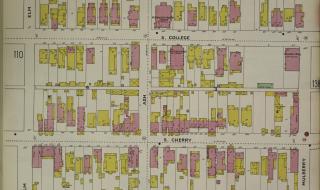 Towards Urban Data Commons?
On The Origins And Significance Of Platform Data Sharing Mandates

Since the launch of sharing economy platforms like Airbnb and Uber, various city stakeholders—government officials, advocates, academics, and the private sector—have extolled the public potential of sharing economy data. Cities have discussed data’s value particularly in regulatory, evaluative, and policy contexts. Despite this, prior to 2018, only a handful of local government agencies had enacted policies requiring such platforms to share operational data with municipal officials. The emergence of micromobility in recent years has led to a potential sea change, with cities increasingly utilizing policy mechanisms to require data as a precondition for certain kinds of urban platforms to operate in their jurisdictions.

Existing scholarship on platform urbanism has established the significance of digitally networked “platform” business models to cities, explored the impact and implications of platform technology deployments in urban space, and documented the centrality of data—both in the operations and governance of 21st century cities and in the production of urban platform power. This report builds on previous work by (1) calling attention to platform urbanism data sharing (PUDS) mandates as representative of a novel type of local government policy and (2) by offering a new theoretical account of its origins and ascendant significance.