What Does the Taliban Takeover Mean for Afghanistan and the Region?

With the swift Taliban takeover of Afghanistan, we asked several experts for their insights on what this could mean for the region — and what actions concerned countries, including the U.S., might take now.

Note: We will continue to add comments to this page in the coming days. 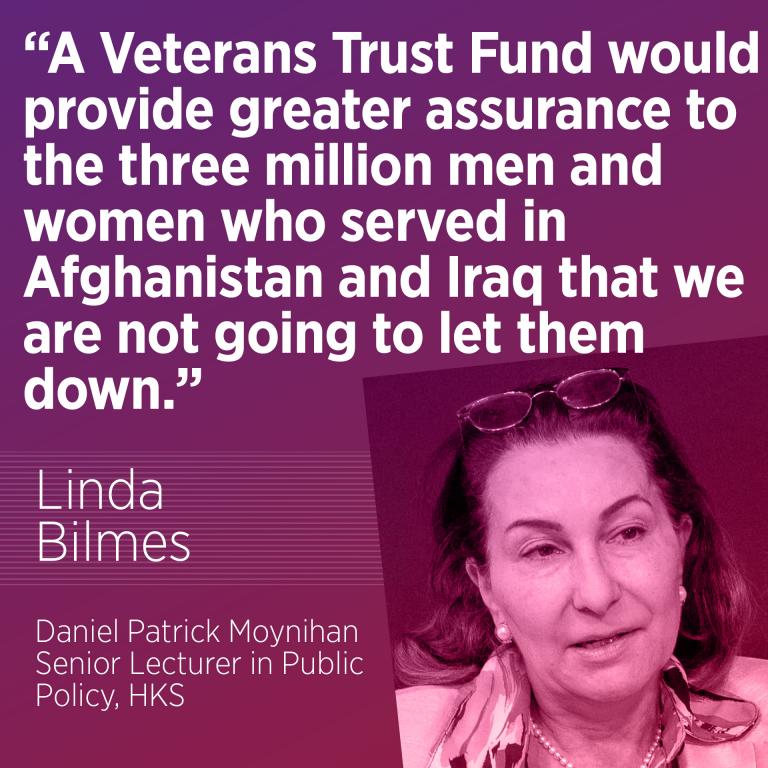 “For the U.S. the fighting in Afghanistan may be over, but the cost of caring for veterans has barely begun. Better medical treatment, generous disability compensation, and higher survival rates from injuries mean that veterans’ disability and health-care benefits will easily surpass $2.2 trillion in the coming decades. As yet we have no clear plan for how to fund this commitment.

The VA budget (up from $61 billion annually before the invasion of Afghanistan to $250 billion today) includes a ‘mandatory’ portion (disability benefits) which, like other entitlement programs, can be trimmed if it becomes unsustainable. The VA’s vast health care system is in even greater jeopardy because it is funded with discretionary dollars, and thus subject to the whims of Congress.

Troops who served in Afghanistan and Iraq were exposed to more frequent combat than previous generations. Many returned home with physical or mental health conditions that require long-term medical treatment and are eligible for disability benefits. They should not need to worry about whether the federal government will continue to meet its promises.

The solution is to establish a Veterans Trust Fund, similar to Social Security and Medicare, that will provide funding to pay claims as they come due. There are already over 100 such federal trust funds. They require the government to keep track of what’s owed and create an awareness of the funding challenge ahead. Even though all tax dollars are ultimately fungible, a Veterans Trust Fund would provide greater assurance to the three million men and women who served in Afghanistan and Iraq that we are not going to let them down.” 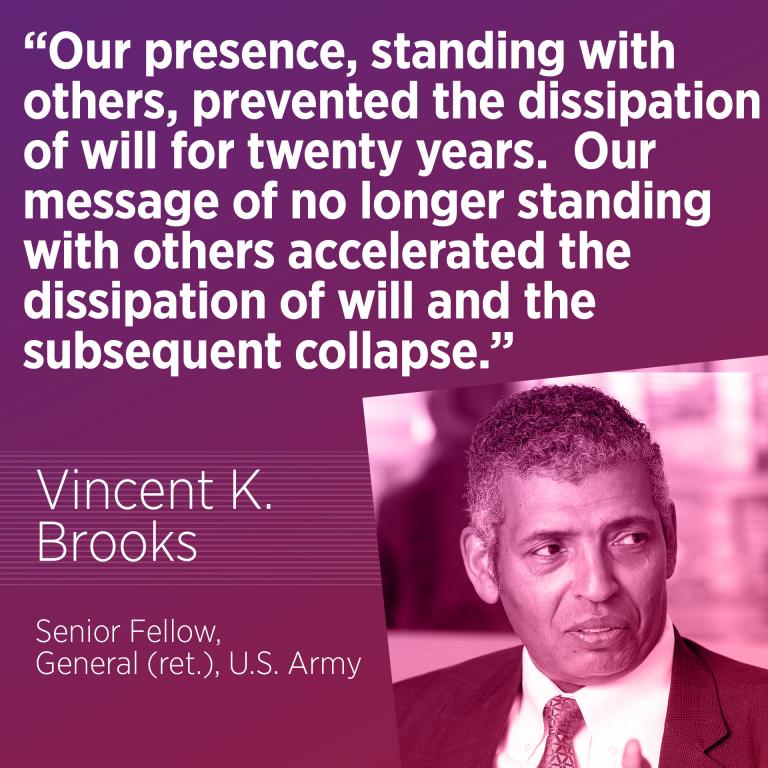 “Witnessing the rapid collapse of the Afghan National Security Forces, and subsequently of the Afghan central government I am riding a roller-coaster of emotions, driven up and down by many unanswered questions.  But, from a policy and strategy point of view it is important to draw one very big lesson about the effect of U.S. presence.  The effect is not in the physical domain or the technological domain, each of which is measurable and easily tracked among countless metrics that matter less than the ultimate domain that determines ultimate outcomes — the moral domain.  In this domain, WILL ascends all other matters.  The ANSF, despite their size and modernization, lost their will to fight for their government and for their fellow citizens; and the Afghan government lost the trust of their military, also their will to govern and resist the Taliban from displacing them.  Our presence, standing with others, prevented the dissipation of will for twenty years.  Our message of no longer standing with others accelerated the dissipation of will and the subsequent collapse.  This is not a commentary on fault, but rather a commentary on commitment.  Let’s draw the right lessons from this.” 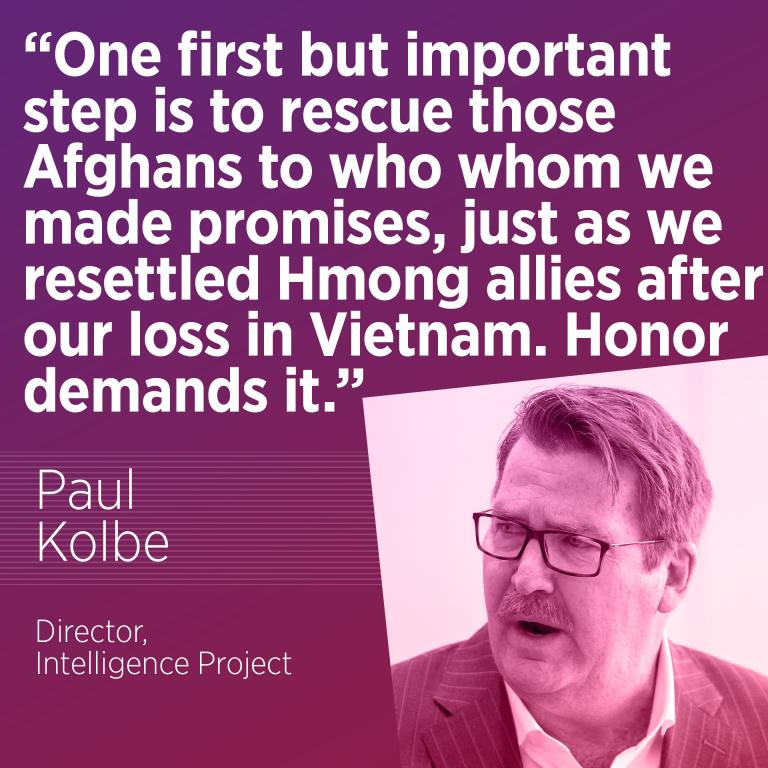 “On January 20th, 1961, John F. Kennedy Jr pledged that ‘America shall pay any price, bear any burden…to assure the survival and the success of liberty.’ Fast forward to August 16th, 2021, when Joseph Biden stated ‘America’s only vital national interest in Afghanistan is ...preventing a terrorist attack on the American homeland.’

Somewhere in between lies the balance. We can’t fix the world, but our national security interests are larger than preventing a terror attack. We have reinforced perceptions of America as a declining and unreliable power. To counter, we must patiently rebuild the alliances that are central to our security. When we make commitments, we need to stand by them, even if longer and more costly than we expected, even if our chosen partners are not perfect. One first but important step is to rescue those Afghans to  whom we made promises, just as we resettled Hmong allies after our loss in Vietnam. Honor demands it.” 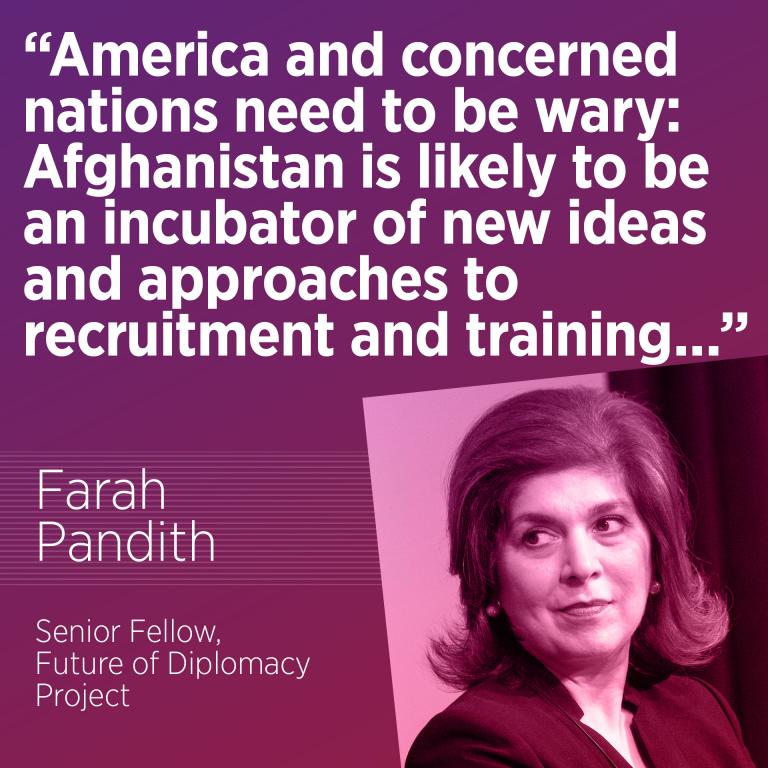 “One direct and foreseeable result of the Taliban’s victory is a new, expanded sympathy or worse, adherence, to the ideology and mission of groups with ideology similar to the Taliban in the region and elsewhere. We have recent experience with unlikely scenarios playing out in the form of the so-called Islamic State and their ability to pull in foreign fighters from around the world. This is not the same, of course, but deep attention should be placed on the impact of the emotional win on communities that saw America’s 20-year effort in Afghanistan with angry eyes. Just this week Imran Khan, the Prime Minister of Pakistan, said, ‘What is happening in Afghanistan now, they have broken the shackles of slavery.’ America and concerned nations need to be wary: Afghanistan is likely to be an incubator of new ideas and approaches to recruitment and training  — and while another 9/11 seems impossible, a catastrophic attack of some kind — cyber or otherwise — is not unimaginable.” 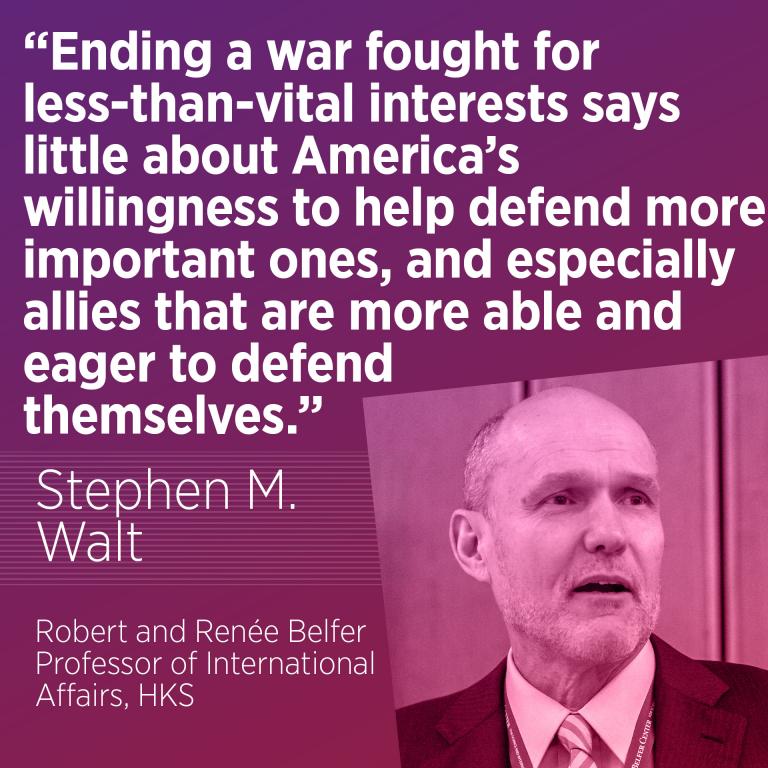 “In the wake of the Taliban victory in Afghanistan, President Biden and his foreign policy team need to focus on three objectives.

First, in the short-term, they must help U.S. personnel, foreign populations, and Afghans who have worked closely with us to evacuate safely and do what they can to minimize the loss of life.

Second, Biden cannot let the tragic events in Afghanistan deflect him from addressing key issues such as climate change, China, the continuing pandemic, or the need to restore key U.S. infrastructure and institutions. To do so would merely compound the damage.

Third, he and his team need to engage key allies and explain why events in Afghanistan do not call other U.S. commitments into question. Ending a war fought for less-than-vital interests says little about America’s willingness to help defend more important ones, and especially allies that are more able and eager to defend themselves.” 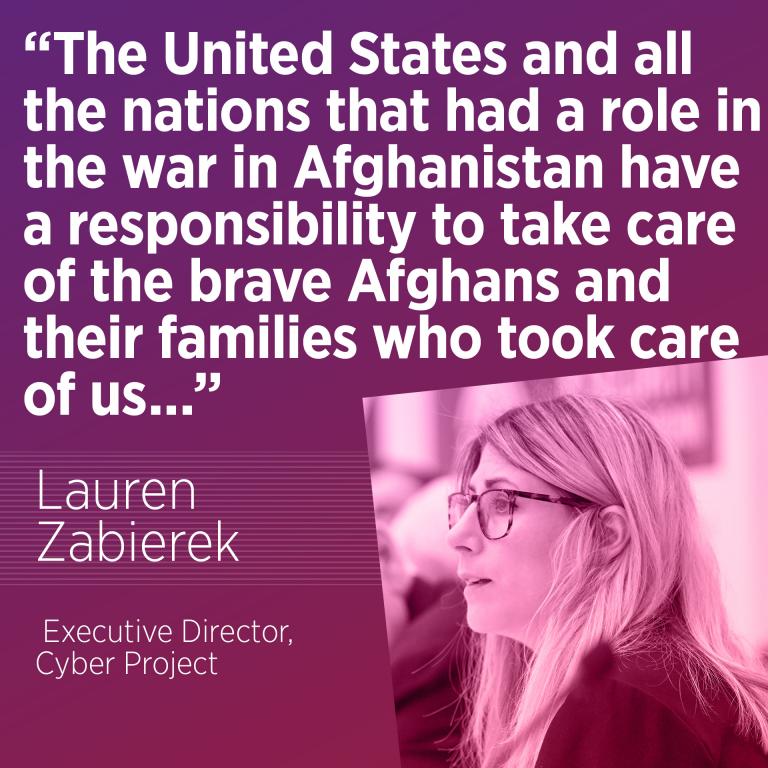 “I am still struggling with what the rapid takeover of the Taliban means for the region, broader geopolitics, and indeed our 20-year mission there.  However, I do know one thing--the United States and all the nations that had a role in the war in Afghanistan have a responsibility to take care of the brave Afghans and their families who took care of us, by providing essential services, interpretation, information, and fighting alongside our forces.  This is our sacred duty as Americans.”

How America Lost Its Way in Afghanistan (by Fredrik Logevall)

Easier to Get into War Than to Get Out: The Case of Afghanistan (by Nazanin Azizian)

For more information on this publication: Belfer Communications Office
For Academic Citation: “What Does the Taliban Takeover Mean for Afghanistan and the Region?.” News, Belfer Center for Science and International Affairs, Harvard Kennedy School, August 16, 2021.